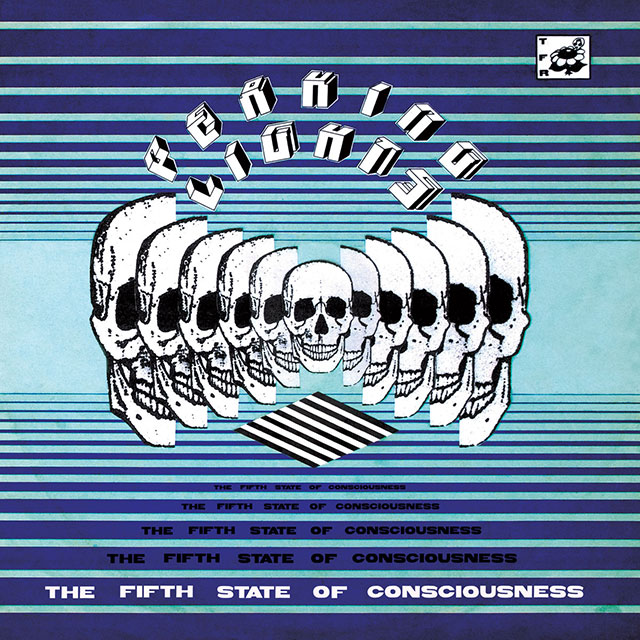 The Fifth State of Consciousness is the latest offering from husband and wife duo Peaking Lights who have somehow found time to write, record, tour and raise their children over the course of the past three years since their last album, 2014’s effervescent Cosmic Logic. In fact, they’re on record as saying that during the recording of that album, one of them was in the studio, while the other one had to stay home to stop their kids from burning the house down and repeatedly calling 976 numbers. One could say that’d be as challenging as showing up to the studio to record with a second-hand needle in the arm. It’s not always like that though, as their kids have featured both as guest vocalists and actors in their music videos. They’re videos that I would implore you to watch, especially the video for ‘Breakdown’ which seems to be an indictment on these rapid velocity times we live in. A sentient phone plays the role of pantomime villain in the clip. I will admit I only know of this group due to a late-night Rage binge after coming home late at night, but discovering them was one of those cosmically aligned happy accidents.

The leitmotif of Peaking Lights’ neo-psychedelic style can be described as something that sashays across the airwaves in a manner most scherzoso, like a sultry harem of flamboyant peahens wearing fruit hats as singer Indra Dunis lets out a kind of hypnotic drone in perfect timing with their movements. It’s as if she’s in a constant state of deep meditation and the uttering of her ensnaring mantras is what gives the songs on this volume merit. Neo-psychedelic is perhaps a little bit too simplistic a description as there’s a myriad of influences that have coalesced here. Reggae, dub, electro, they all appear interchangeably from song to song. Imagine Bob Marley or Augustus Pablo flicking switches from behind a Soundcraft Series Two mixer. That’s the best I can describe it.

‘Everytime I See The Light’, probably the leading centurion in command of the record, is definitely on the poppier side of tracks they’ve released. I say that like it’s a bad thing, but it’s not. When niche groups try this sort of thing, you get a wacky result; ones that you can hum along to, doobie in hand. ‘Love Can Move Mountains’ is an anachronistic ditty that, instrumentally at least, wouldn’t sound out of place as the introduction to a cop drama from the mid ‘80s with the fluffy synths filigreed elegantly across the soundscape and creates a vivid vista of glimmering fuchsia hills and lime green waterfalls being illuminated by a blazing carnation in the sky. ‘Coyote Ghost Melodies’ rounds out the podium places of tracks to feel the squiggling of my novelty-sized green highlighter. This funky little loop fest gives me the visualisation of the buck wild victory sequence that happened when you won solitaire on the older Windows operating systems, slowed down and goggled through a negative filter.  But just picking songs to bombast about would be naïve of me as The Fifth State of Consciousness has been written to be indulged as a whole.

Such a consummate offering is up there as a candidate for best in show for this year in my eyes. The skilful way in which such eclectic ingredients have been combined is too much to overlook. This one is something special. An intricate mosaic of bliss painted amongst the background ambience of traffic congestion and forceful sneezing. It’s quite long, clocking in at about 80 minutes, but it’s something more than capable of capturing your attention with its chthonic tentacles.

Support Patrick Ogisi on Patreon!
7% complete
When we reach $500 per month we will begin the official BMA Podcast. This will include interviews with some well-known musicians and artists, tips and tricks for publishing in print and online, as well as other discussion topics around Bands, Music and Arts in Canberra!