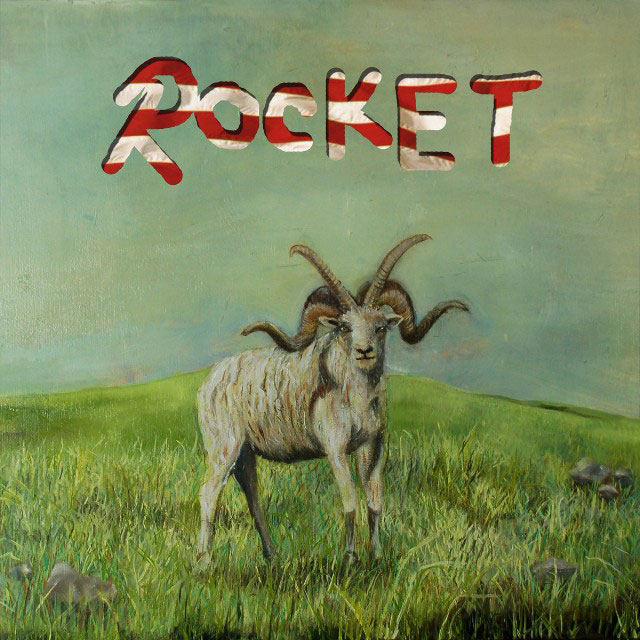 For better or worse, Bandcamp.com has changed what it means to be an independent artist in the twenty-first century. Its DIY online music marketplace has birthed countless bedroom songwriters and permits a freedom of expression with no filter. Multi-instrumentalist and singer-songwriter Alex Giannascoli-now known as (Sandy) Alex G, is a true champion of the format, with Rocket being his eighth record and second with label Domino.

Rocket unfolds restlessly under a banner of Neo-Americana; bleeding contemporary avant-garde noise and jazz fusion through a strong reverence of traditional folk and roots form. This provides the naturally fluctuating smooth and rough musical backdrop to a lyrical lens applied to Alex’s American Home™: singing about American people and American problems, whilst retaining a Bob Dylan-esque ambiguity to his storytelling. Vocals range from an almost hymnal tone to vivid timbres that are appropriately restrained, conveying the songwriter’s distinct character effortlessly.

Particular details of stories are often left untapped, allowing their narrative to breathe in expansive folk structures; it’s often uncertain whether Alex is rebuking lovers, friends or part of himself. ‘Bobby’ is a Cash & Carter style duet within such turmoil, while ‘Proud’ is a sweet-sounding highlight of passive reproach.

The storytelling and writhing fiddle of the folksy tunes is interjected by esoteric poetry to drudge up yearnful meaning in the instrumental haze. ‘Witch’ is an ethereal and twisted nursery rhyme concerning a “dirty old pig’s” failure to live up to his words. This vein of darkness is further explored to wilder and lesser effect on the bizarro industrial death-hop of ‘Brick’ and the awkward Frank Ocean aping of ‘Sportstar’.

This delirious and offbeat experimentation littered throughout is never quite dull, however it’s the moments of emotive artisanal pop and the marriage of traditional singer-songwriter tropes to Alex’s consummate approach that truly make Rocket such a worthwhile listen.

Support Joshua Martin on Patreon!
9% complete
When we reach $500 per month we will begin the official BMA Podcast. This will include interviews with some well-known musicians and artists, tips and tricks for publishing in print and online, as well as other discussion topics around Bands, Music and Arts in Canberra!