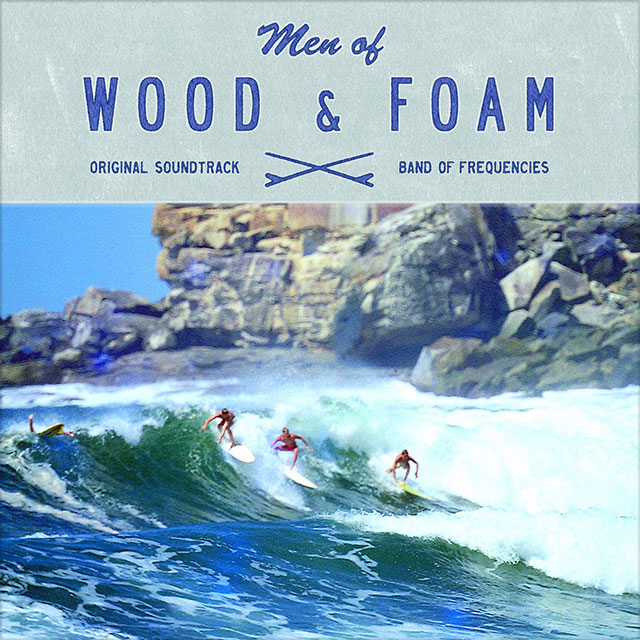 Queenslanders Band of Frequencies occupy an unusual niche in music, devoting themselves to creating sound tracks for surfing flicks. Working on the musical collective model, participants include Ash Grunwald and Terepai Richmond (of The Whitlams). Men of Wood & Foam is their sixth effort since the band’s formation in 2005.

The CD was made in a rush over just three days, with the musical equivalent of brainstorming and sometimes using only one take for a track. Surf music conjures up images of super-fast, twanging guitars or Beach Boys ballads. This CD is much more than that, covering a broad scope of ocean inspired sounds ranging from the ‘50s to ‘70s. While a soundtrack, you do not need to watch the film to appreciate the music.

While almost all instrumental, a range of surf-tainted genres is covered. The opening title track, with nostalgic reference to FJ Holdens and rock and roll, comes closest to recalling the sound of surf songs like those from Richard Clapton. A couple of other tracks provide the classical surf sound, with very fast spikey guitars. ‘Bikini Bop’, with its keyboard blizzard, is a dance track if you like to do the twist. ‘Road Trippin’’ comes across all funky, while ‘Shutter Speed’ takes the jazz route, with guitar and keyboard highlights. ‘Psychedelic Valley’ lives up to its name with a mix of long, heavy passages and lighter, variegated musings. ‘The Power Blues’ delivers the goods with lazy, spaced-out guitar and conspiratorial keys, while the closer wraps up the show with atmospheric, pacific tones.

Whether your favourite image of surf music is gentle swells, raging breakers or seaside sunsets, Men of Wood & Foam has got it covered.