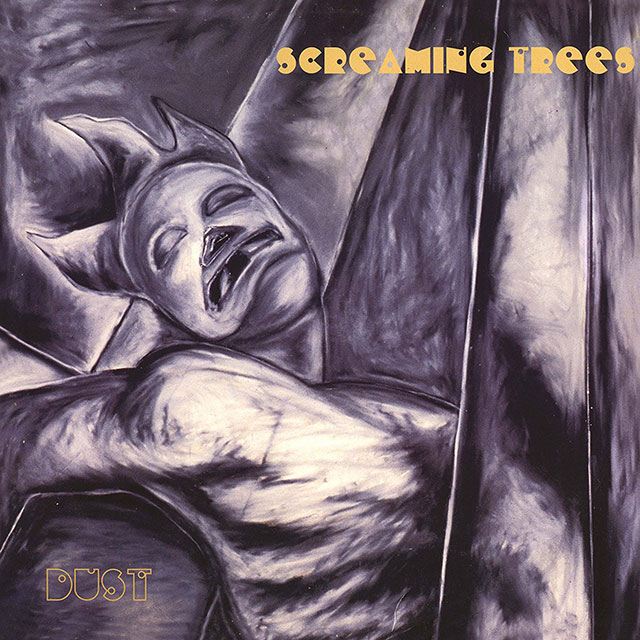 This first-class reissue has appeared on the independent Cherry Red label HNE, which might seem odd given that Dust first appeared in 1996 on major label Epic. But this kinda makes sense for a group from the Pacific Northwest that should rightly have attained superstar status alongside the likes of Nirvana and Pearl Jam but never presented themselves as an easy sell.

It is also surprising this final album from the band has been given the deluxe treatment ahead of the 1992 major label breakthrough album Sweet Oblivion – a raw, passionate hard rock outing that has epic melody lines merging with vocalist Mark Lanegan’s emotionally ragged holler. That album represented the high point of the ‘grunge’ explosion with influences that looked further afield than the Sex Pistols and US hardcore to embrace vintage garage punk and classic 1970s hard rock but without any retro vibe overwhelming the contemporary feel of the songs. Dust, which appeared four years later, was the outcome of a further burst of top notch songwriting from the band and hit the shelves when the grunge hype machine had been played out by major record labels staking claims on watered down imitators of heavy guitar rock.

Not that this should have bothered Screaming Trees, as their music transcended popular trends and tapped into a far more resilient and authentic rock ‘n’ roll tradition while also touching on the menace and risk-taking cemented in the music of The Doors and The Stooges. Dust was the band’s seventh album and had endured a difficult birth; early sessions had been scrapped and according to the liner notes from Matt Reynolds, that unfortunately read like an absurdly gushing media release. The band then took on producer George Drakoulias who beefed up the sound and encouraged the group to conjure ‘swing and groove’.

The results expanded on the raw rock ‘n’ roll expression of Sweet Oblivion with greater production values and the addition of eastern themed instrumentation such as the sitar on incendiary album opener ‘Halo of Ashes’. The hard thrust of this song makes for an explosive musical beginning that introduces themes of suffering and redemption running through the songs. Mark Lanegan’s voice carries the sorrow and resignation of a life hard lived and when he sings a line like “I’ve been a long, long time away/with one foot in the grave,” you know he means it.

Other songs on the album that go into troubles with the female such as ‘Look at You’ and ‘Sworn and Broken’ flash on the pain in Lanegan’s voice, accentuated by soaring and highly detailed arrangements. The playing is tight and hard throughout, the production invests the sound with power and precision, and the voice does the rest.

By the time we get to closing track ‘Gospel Plow’ with its mournful opening lines, “If you want to get to heaven let me tell you how/keep your hand on the gospel plow,” we have well and truly entered New Testament territory and the crunching guitar riff that forms the centrepiece of this song accentuates the ‘hard rains are gonna fall’ feel of the album in its entirety. This is songwriting at its most evocative and the listening experience is compelling as a consequence.

The entire package highlights the intense creativity of a band that followed no trend other than what it set for itself. There is so much crap out there it can be daunting for music fans seeking art that resonates with his or her experience. This album amply fulfils that desire.

Support Dan Bigna on Patreon!
9% complete
When we reach $500 per month we will begin the official BMA Podcast. This will include interviews with some well-known musicians and artists, tips and tricks for publishing in print and online, as well as other discussion topics around Bands, Music and Arts in Canberra!