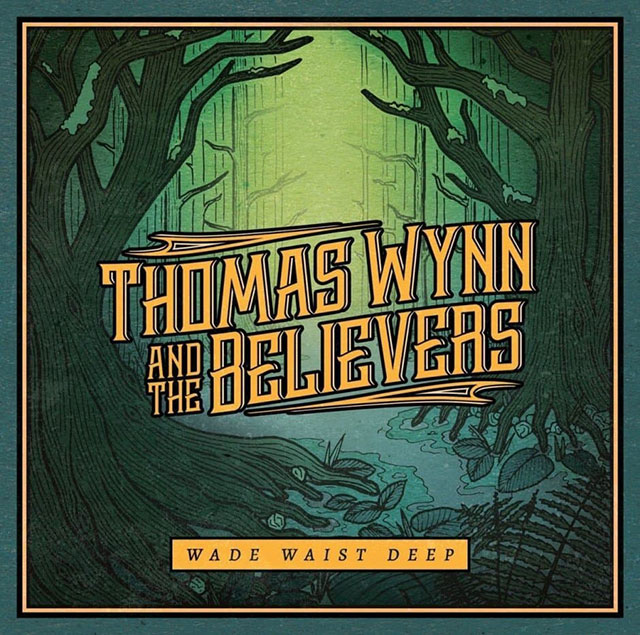 How do you get to be voted both best rock band and best country/folk band in one city? Such diversity requires an eclectic repertoire, and Thomas Wynn and the Believers achieved both titles in their hometown of Orlando, Florida. Frontman Thomas and his sister Olivia (who provides the other half of the male/female combo which is an essential part of the band’s sound) came from a church music background. This has been carried forward into the gospel feel of some tracks, and also into the essence of hope and belief behind track themes. There is no frivolity here, with some lyrics asking deep questions about life.

The album is more rock than country, with the best songs being hard hitters, constructed around wailing guitars and a surging Hammond organ. The opener ‘Man Out of Time’ leaps directly into the band’s heavier side, striking through with Olivia Wynn’s vocal assault and the sledgehammer beat that drives through it. Nods to other genres come in the alt-country title track, the soulful ‘My Eyes Won’t Be Open’ and the blues-gospel powerhouse ‘I Don’t Regret’. The song follows a favoured format of the band, starting softly before coming on strong with a burst of emotion and sound (Joe Cocker style). Notable tracks fall into the second half of the disk, beginning with the super hip-grinding ‘You Can’t Hurt Me’, with its abrasive guitars, vocal overload and keys punching through space. ‘Mountain Fog’ starts off acoustic, building in force as it travels with chant-like vocals and lacerating guitars. Psychedelica paints a purple path in ‘Burn As One’ while the LP wraps up impressively with the ‘70s prog rock flavoured ‘Turn It Into Gold’.