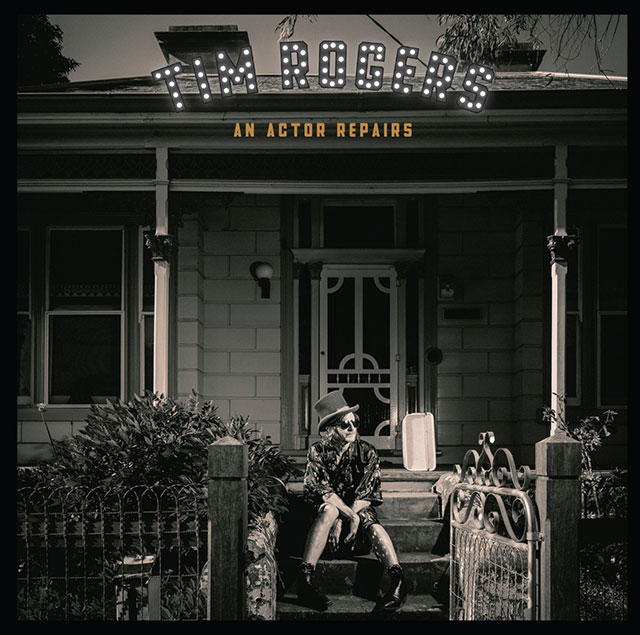 Best known as the exuberant frontman of rockers You Am I, Tim Rogers has undertaken a wide variety of projects with other bands, solo releases and other artistic media. His latest effort is a concept album, based on the musings of an actor looking back over his long, but fading career. Like a play, it was useful to understand the plot (provided by the PR blurb) before listening, to be able to interpret the song meanings intended by Rogers.

In a style best described as ‘adult contemporary’, songs unroll the actor’s musings from when he was first smitten by the stage (in ‘The Bug’), through various reflections on his career, through to his still having hopes for the future (in ‘The Possibilities’) and showing a distinct reluctance to give it all up (‘Cars and Girls’). A keen observer of human behaviour, Rogers loves words, and lyrics pour forth in rapid steams of thought. He is not one to use clichéd, commonplace wordage. There is a nice touch of Australiana in ‘The Umpire’s Son’, with the references to sausage rolls and Old Fitzroy. Some tracks are complex works, including the opener with its random single plucks, electronic wails, a dash of scruffy percussion and the female vocal hooks that exude the soft glow of the footlights. Ever the storyteller, there is a confiding, sharing vibe to the conversational style of the sleepy blues track ‘Time to be Lonely’. Disk highlights include the bouncy ‘Round the Bend’, with its ragged, wriggling sax, the male/female duet of ‘One More Late Night Phone Conversation’ and the nostalgic tide of ‘Forgiveness’.

Overall, you cannot appreciate all the details and musical nuances in just one listen, as there is a complete meal in every song.