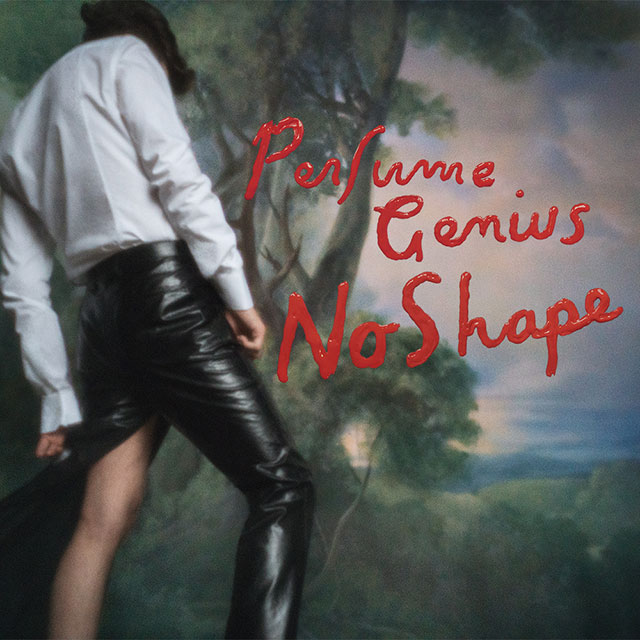 One of the main beliefs of Hindu philosophy is that there is an inner-self; something that makes you essentially ‘you’ over time. This is a rather comforting thought, and one that wistfully rings throughout Matt Hadreas’, a.k.a. Perfume Genius’s assertion of identity on his fourth record No Shape.

Hadreas is following the explosive success of his 2014 release Too Bright, with a dazzling display of glam pop and immense personality. He carries a musical aesthetic that does not steal from Bowie or Prince, but pays due tribute by developing his own stylistic ingenuity and brand of queer pride and charm.

No Shape’s two sides are roughly distinct, the first being a paroxysm of acceptance and perfumed optimism (intentionality of pun ambiguous). The second is conversely a naked exploration of spirituality, and connectedness, culminating in an intimate dedication to his partner, ‘Alan’, who is omnipresent throughout the record. Hadreas sings from a position of strength and confidence, as even if he hasn’t closed the door on the questions he ruminates upon, he refuses to let them beat him.

Much credit must go to Blake Mills’ production of the LP, which allows its music to ascend to heavenly heights. Little doubt can hold up to lead single ‘Slip Away’, with its pulsing catharsis of colossal sound and spine-tingling power. Its rapturous chorus of “They’ll never break the shape we take,” in conjunction with the transcendental aspirations of ‘Wreath’ focus on the idea of body and gender as semantic shackles upon relationships and dreams. Hadreas displays a tremendous talent for remaining both forthright and subtle as ‘Die 4 You’ finds his breathy falsetto and shuddering ivories murmuring through asphyxiating dedication.

Perfume Genius has painted a viscerally beautiful glam portrait of devotional love and spirituality, one that pounds you in the chest to leave you yearning.

Support Joshua Martin on Patreon!
11% complete
When we reach $500 per month we will begin the official BMA Podcast. This will include interviews with some well-known musicians and artists, tips and tricks for publishing in print and online, as well as other discussion topics around Bands, Music and Arts in Canberra!