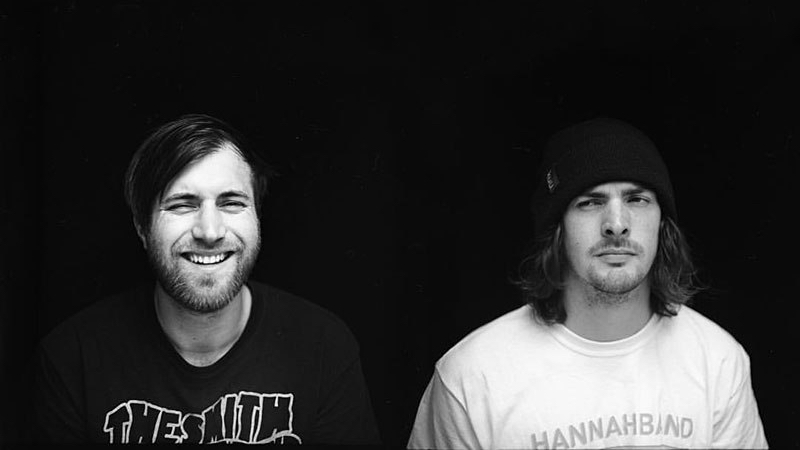 “Canberra is always the best – literally always been pretty much the favourite show,” said Den David, from Adelaide duo THE HARD ACHES. If you can’t tell, he’s already pretty amped about the local leg of their Brain Drain tour.

The Hard Aches are bringing their unique vibe to Transit Bar on June 11, a venue David describes as the “sweatiest and funnest” CBR has to offer. It’s nice to hear interstate artists looking forward to coming to Canberra, and David reckoned it had something to do with the air down here that breeds great people with great attitudes.
Their sound is best described as a general punk vibe, rather than being boxed in by typical genre constraints. As much as anything else, it was influenced by spending time around musically oriented friends, and comes out sounding infectious and innately enjoyable. While the sound veers towards the current Australian storytelling trend, they tend to play whatever comes out, using punk as an overarching vibe rather than in the traditional genre formula.

He seemed pretty big on his vibes, which is exciting for the band going forward, as they’re not looking to constrict themselves – they’re looking to make whatever comes out, and are becoming more and more true to themselves now that the band has shrunk to a two-piece.

2015’s Pheromones and 2017’s ‘Brain Drain’, show off the development in the band’s sound nicely, with the band still looking at progressing further, as Ben touched on this during our interview. Standout tracks on Pheromones, for me, come when the band throws themselves wholeheartedly in to their raw brand of storytelling – tracks like ‘I Get Like This’ and the titular track are the best examples. The opening lines of the title track provide excellent insight into the mind of the writer, with “the sun is shining and I’m inside, trying to find some words that go with pheromones” being particularly descriptive, and the entire track is a raw onslaught of emotions. Latest single, and the song the tour is named after, ‘Brain Drain’ shows off a different side to the band than the album does, with more stripped-back sound and focus on the lyrics contrasting to the more rounded sound provided by the album.
In addition, the Adelaide duo are bringing friends – a handpicked line-up consisting of “people they love”; i.e. local faves Moaning Lisa, Melbourne folk-punk group The Football Club and Exeter-based three-piece Muncie Girls. Despite all playing similar sounding music, the selections weren’t for the sake of having incredibly complementary bands. As David said it, it was best to have bands that fit together, but are still able to do their own thing.

If this gig unfolds with any of the passion that my chat with David did, it’s going to be absolutely unmissable.

The Hard Aches fly through Transit Bar on Saturday June 11 from 8pm, supported by Moaning Lisa and Muncie Girls. Tickets $19.40 + bf through Oztix.