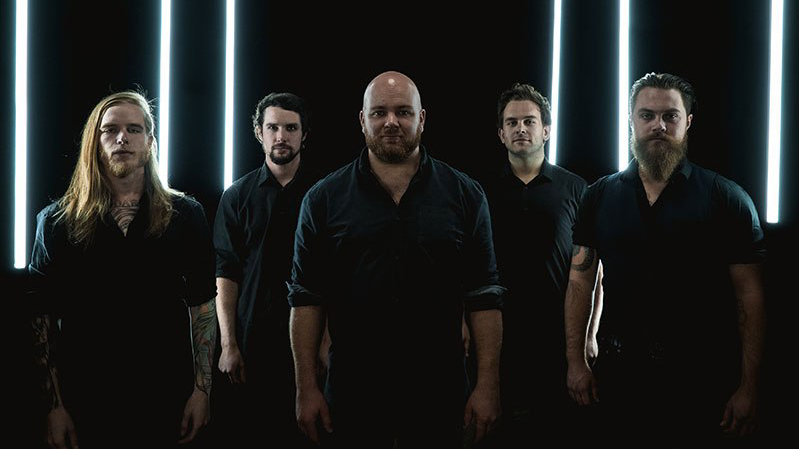 About to visit Canberra as part of its promotional tour for the new EP Rise, metal group ORSOME WELLES is returning to its favourite local stomping ground The Basement, where the band has supported such illustrious acts as Voyager and Caligula’s Horse. BMA spoke to Orsome Welles’ frontman Michael Stowers about his musical history and the band’s musical evolution.

As a vocalist for a heavy rock band, Stowers had quite a unique preparation, having been a member of the National Boys Choir and having sung with orchestras before age 10. “I’ve had a classical background which I’ve transferred into the rock and metal world I’m in now. Orsome Welles is the first band I have been with which has recorded, toured and made music videos.” Asked about the band’s style, which has been variously described as metal, experimental, and prog rock, Stowers sees their sound as heavy, with elements of groove and funk. “We definitely experiment all the time to see what our next creative process and project is going to be. We always try to push the envelope to see what we can achieve every time we write or record. Every time we perform, we try to do something unique we haven’t done before.”

The band is pretty chuffed with Rise, seeing it as an advance from its debut EP Erth News Bulletin, and achieving a bigger, more well-rounded sound that is more representative of what they do live. The results were achieved through putting more effort into pre-production, demoing songs first in their raw form to see how they could be improved when it came time to record.

“We listen to the songs together as a band and reflect on what parts we want to focus on. The final song on the EP, ‘Rise Again’, was written during that process, and that was a response to understanding how we write and how that transfers into a recorded song. Little things can make a big difference to the overall atmosphere of the song.” The band is keen to have everything it releases to be of quality and a step up from what it has done in the past. Extra time is invested to ensure the band can be proud of the results.

Talking of their live shows, Stowers says, “It’s an amazing feeling to have the force of the band, with big heavy riffs, the power and trying to blend the vocals in with that.

We have a theatrical sound to how we perform. I like to take on a bit of a persona on stage that the other guys can respond to. We try to make it visually as well as aurally interesting.”

Orsome Welles, supported by Tundrel and Hence the Testbed, play The Basement in Belconnen on Saturday July 1. Doors at 8PM. Tickets $15.30 available through Oztix.