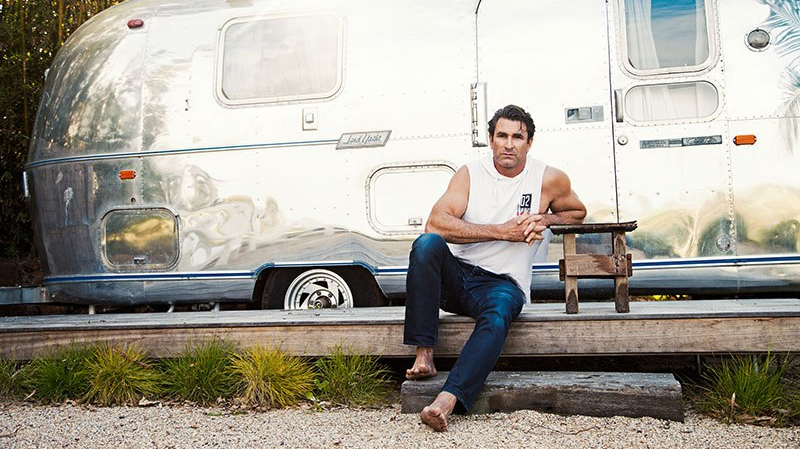 PETE MURRAY is touring in support of his sixth long player Camacho, visiting a whopping 33 towns including Canberra. A long way from the more conventional sound of Blue Sky Blue, Murray intends the latest album to represent a new direction for his work. Listening to the record, it has the cool vibe that Murray was very keen to capture. The sound is very smooth, with more depth to the music and a thicker sonic vibe, partly due to greater synth involvement. BMA caught up with Murray in advance of his tour, to find out if the singer-songwriter had achieved his goals.

It had been five years since Murray’s last LP, partly due to the fact that he had to wait 12 months for the mixer he really wanted (Eric J. Dubowsky) to be available to mix Camacho for him. There were other reasons for the time gap too.

“A new record does not come easily when you want to change your sound, to find songs with a different flavour. It took a bit of time as you cannot just jump in and record another album in a year or two, as it will sound just like what you have done before.” Murray also finds that being a dad to two boys keeps him busy, and he places great importance on finding time for them, rather than being on the road too much.

The new album also took longer to record than the four to six weeks Murray has sometimes spent in the studio. As to how long Camacho needed, Murray says, “It’s hard to say as it was done in bits and pieces. I did stuff in my studio for the first few years, with half the album done without my really knowing it.”

Murray then collaborated with a number of producers to achieve the new sound he desired. Using advice from producers Daniel Rankine (a.k.a. Trials) and Andrew Burford (a.k.a. One Above), whose expertise are in hip hop, was a key move in achieving the new sound. Their involvement helped achieve a stronger emphasis on percussion, with Murray making use of programmed beats instead or real drums on a number of songs (the end split was 50-50, real skins vs. electronic percussion).

Murray had a number of goals in mind for his new release: making it something that he was very happy with, that other people would talk about and one which would translate well to live shows. “I wanted to be able to play every single song off the album,” he says. The results are everything Murray had hoped for, including the incorporation of some really “phat” beats and in achieving an outstanding mix. “The album sounds huge; epic and anthemic with big choruses. You can turn it up so it gets punchy, and you could play it at parties. Some of the other albums I’ve had have not achieved that sound.” When people play Camacho, Murray wants them to be able appreciate the cool vibe and the deep grooves it holds.

The song writing process took a new form for the album too. Previously using the guitar as the core songwriting tool, Murray looked for opportunities to make deeper use of grooves, drawing on Motown for inspiration in some cases. He also placed a new emphasis on loops, with the flexibility and depth they provide. While Murray drew on the expertise of hip hop producers for his phat beats, he was self-taught in his experimentation with loops. He acquired an old synth and played around in his Byron Bay studio with old friend Benjamin McCarthy there to help out on the keyboard. Later on, there was a full band to assist in trying out the songs, with Murray’s desire to “just let the groove take over”. While input was obtained from various others, this was largely a self-produced record.

“While I drew on other guys to help me achieve my goals, I had to be the guy to put it all together and make sure it sounded like one whole album, and not a mixture done by different producers.” Murray was happy that the end results sounded like one body of work.

For song themes, Murray drew largely on the life events that had occurred since the last long player was released, looking at what has happened with his boys, the marriages that have occurred in recent years etc. Being a man with a young family, there was probably a lot of material to work with. The theme of the album’s single ‘Take Me Down’ relates to not knowing how much time is left in a relationship and being in the moment, perhaps revealing in Murray the greater appreciation of the preciousness of the “here and now” that comes with life experience. Asked for his favourites, Murray nominates the title track (done in just one take) because of its cool vibe, and ‘Long Ride’ because of its solid groove, with a sound people tell him is like J.J. Cale.