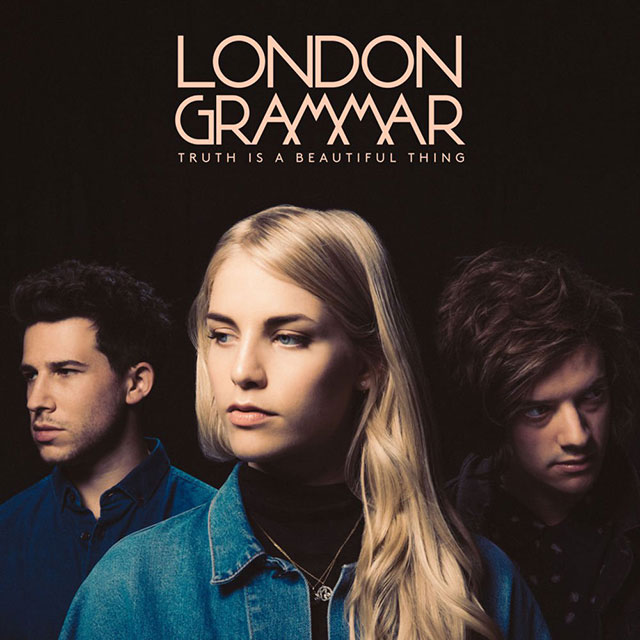 The sophomore album from English band London Grammar, Truth is a Beautiful Thing, has been a long time coming. Their first new music since 2013’s If I Wait, this album is fresher, retaining the same languorous, melancholic sound while infusing these dreamy synth beats with something newly mesmerising. It feels in every way like a triumphant emergence from hibernation.

Led, as previously, by the astonishing vocal power of singer Hannah Reid, this new album uses subtlety and staying power to create something crisply hymnal. It’s not so much a break from their distinctive sound as it is a burst of new colours, with more defined lines and deeper shades at every turn. The opening track, ‘Rooting For You’, is transcendent: the entire first half rests almost exclusively on Reid’s vocal prowess, and she moves through the difficult low notes at the beginning to a staggering high with velveteen ease.

“Where did she go? / Truth left us long ago,” Reid sings mournfully, asking the album’s central question. Though permeated with much the same distinctive gloom – not a bad thing when it’s this well-crafted – this album’s anger and anxiety seems to have its roots in something deeper than a breakup. Now, newfound maturity in hand, London Grammar are using relationship breakdowns not as inspiration, but as groundwork, building on those emotions until they reach soaring heights. Middle tracks ‘Bones of Ribbon’ and ‘Who Am I’ especially seem to utilise a more focused brand of wrath, one that seems distinctly political, setting the belly of the record aflame. It burns right up until the eponymous closing track, which only proves the album’s thesis: this truth London Grammar have found, flexed and refined is absolutely a beautiful thing.

Support Indigo Trail on Patreon!
7% complete
When we reach $500 per month we will begin the official BMA Podcast. This will include interviews with some well-known musicians and artists, tips and tricks for publishing in print and online, as well as other discussion topics around Bands, Music and Arts in Canberra!