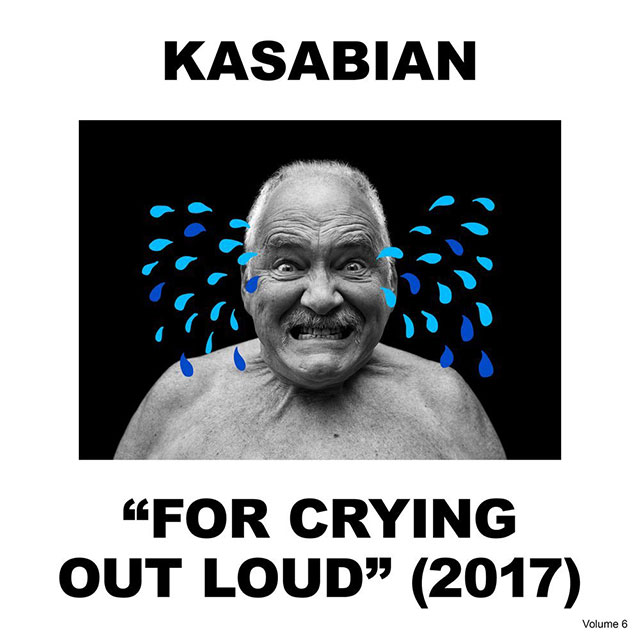 Leicester born and bred quartet Kasabian have been performing since 1997 and though their new album For Crying Out Loud is their sixth release, the band have lost none of their pumped up appeal. The album immediately received positive feedback from the public, jumping to the top of the UK charts within a week of release and receiving rave reviews all round.

Fans of Kasabian’s past work will see similarities between this album and older work such as Empire and Velociraptor! The lead vocals of Tom Meighan and Serge Pizzorno are always recognisable and their use of warped electric guitar and various synthesised sound effects is familiar territory. While these elements provide the album with a comforting and effective base, new elements and ideas crop up throughout various tracks giving it a fresh and developed sound. The use of whistling at the beginning of ‘Sixteen Blocks’ is a welcome addition and the subtle use of brass at the end of ‘Are You Looking for Action?’ is a nice little surprise for anyone listening carefully enough to hear it.

While some may say For Crying Out Loud is nothing new and the band are merely producing more of what they’re comfortable with, for those more faithful fans it can be seen as the next logical step in Kasabian’s progression as a group. The album adheres to elements and sounds that already work while subtly bringing in some more mature and experimental devices. Tracks like ‘Wasted’ and ‘The Party Never Ends’ give a nice sombre touch while the album maintains the energetic and drug-fuelled vibe the band relish in.

If you’re keen to hear some cheeky, boppy and all-round dandy English alternative-rock then make this album your next purchase; you will not be disappointed.

Liked it? Take a second to support Clare Brunsdon on Patreon!

Support Clare Brunsdon on Patreon!
11% complete
When we reach $500 per month we will begin the official BMA Podcast. This will include interviews with some well-known musicians and artists, tips and tricks for publishing in print and online, as well as other discussion topics around Bands, Music and Arts in Canberra!