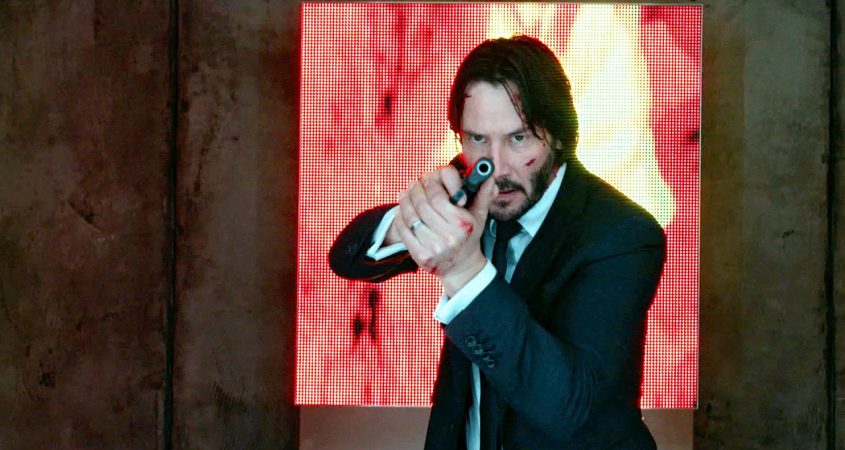 Ruthless ex-assassin John Wick is pretty keen to settle into a civilised, bad-guy-free retirement with his new nameless canine companion (please, let’s not relive the fate of his previous puppy). However, an irritating pretty-boy Italian gangster Santino D’Antonio (with eyelashes guaranteed to be the envy of all Maybelline models) enters the scene, issuing Wick with an (not Bourne) ultimatum: to kill D’Antonio’s ruthless sister, or face his wrath (as per some mad assassin accord, or whatever).

As the titular John Wick, Keanu Reeves (at his most deadpan) means business (again). He rocks a kind of Tom-Hanks-circa-2006-Da-Vinci-Code-hairstyle and dresses to the nines in what looks like a sharp, bulletproof, Johnny Cash-inspired Tom Ford-looking turtleneck suit. But rest assured, all of this makes for a show of some serious badassery: Wick even gets his own Spielberg-esque slow-reveal character introduction.

My only real gripe with the film is that Wick’s motivations are not as clearly defined as in the original, resulting in a mass of random expendables. I lost count of how many baddies bit the dust, but I guess I’ll just wait for the inevitable YouTube compilation of Wickian head-shots.

Nevertheless, of all the ‘action Js’ (Jason Bourne, James Bond, Jack Reacher), John Wick is arguably the most badass.

Liked it? Take a second to support Majella Carmody on Patreon!

Support Majella Carmody on Patreon!
12% complete
When we reach $500 per month we will begin the official BMA Podcast. This will include interviews with some well-known musicians and artists, tips and tricks for publishing in print and online, as well as other discussion topics around Bands, Music and Arts in Canberra!