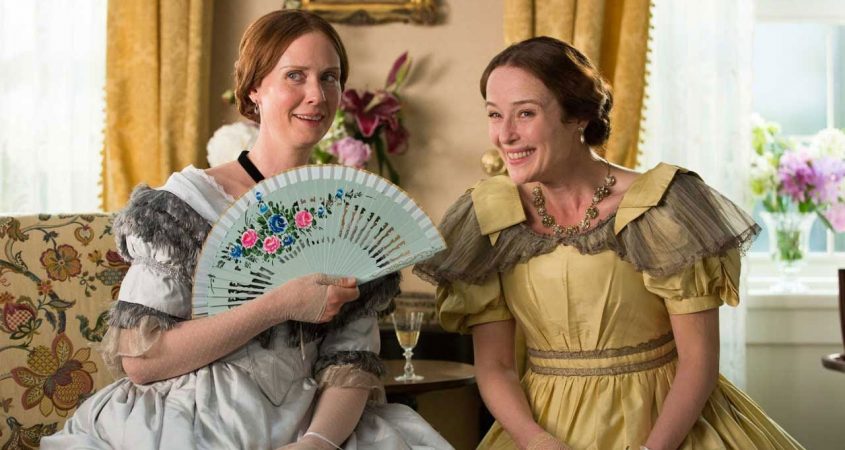 The latest film by Terence Davies manages to deliver a story that departs slightly from both what people expect from his films, and how poetry fans traditionally think of Emily Dickinson. I have to confess right here that I am not an expert by any means on either subject. But a) my experience of the movies I have seen of his (The House Of Mirth, The Deep Blue Sea and Sunset Song) leads me to regard Davies as a creator of visually stunning but gloomy films, and b) my research and limited exposure to the works of Dickinson informs me that she is generally regarded as a recluse and a mystery.

Neither preconception is supported in the opening half of A Quiet Passion, because Davies presents us with a humorous, sensitive and sharp Dickinson (Cynthia Nixon), as she engages with the world along with her sister (Jennifer Ehle) and friend (Catherine Bailey). As family pressures and the norms of society increase her isolation, the movie still holds Dickinson and her decisions in reverence for sticking to what she believes.

As mentioned earlier, I am no expert on Dickinson, but this film made me believe that I have known her work somewhere. That may be true (maybe in a fleeting encounter during secondary schooling) but, even if it isn’t, the feeling is a testament to the delights of the script and the performance of Nixon.