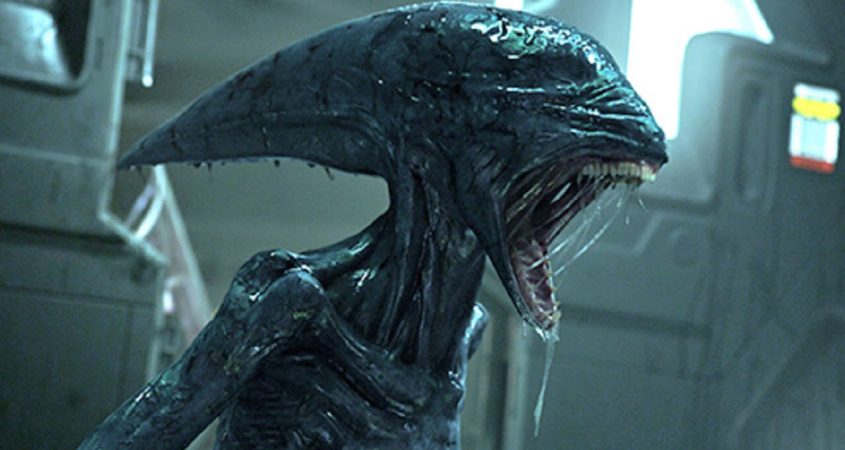 “One wrong note can destroy an entire symphony.” Quite an apt description for what the prequels are doing to the Alien franchise.

These words were spoken by Michael Fassbender playing an evil android (where have we seen that before?), doing his level best to turn Alien: Covenant into a worthwhile … prequel? Sequel to a prequel? A film trying to tell a compelling story about the origins of humanity but instead is a series of obvious and clichéd plot devices?

The film opens (in a visually stunning way, gotta give it that) on a spacecraft filled with people journeying to a planet that promises to be paradise and perfect for colonisation. Unfortunately, a neutrino (or whatever) bursts and the colonists are jolted from stasis, people die, and they are forced to land on a planet that will be familiar to anyone who watched Prometheus.

Alien: Covenant makes all the same blunders its predecessor did: the plot ‘twists’ are obvious and predictable, the actions of the characters are illogical and unbelievable, and the exploration of a core concept in sci-fi – who are we and where did we come from – is clumsy. No one is going to walk out of this film and have a rousing debate because all the answers were handed to them.

Biggest aggravation? The android claiming to be superior to humanity speaking only in famous phrases created by humans.

Alien: Covenant, unlike Alien, conveys nothing worth watching.

Support Emma Robinson on Patreon!
9% complete
When we reach $500 per month we will begin the official BMA Podcast. This will include interviews with some well-known musicians and artists, tips and tricks for publishing in print and online, as well as other discussion topics around Bands, Music and Arts in Canberra!