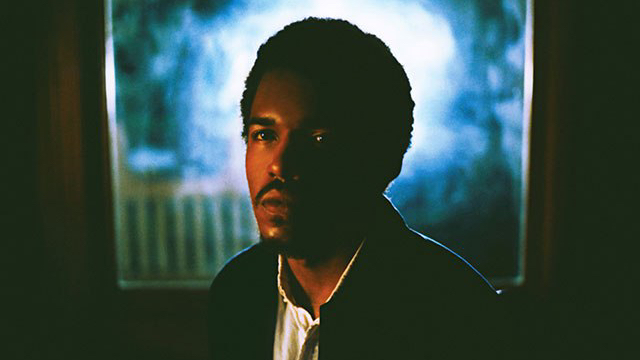 Sporting a mix of garage-punk, gospel blues and soul, New Orleans musician BENJAMIN BOOKER quickly rose to prominence with the release of his self-titled debut album in 2014, earning him festival appearances, tour dates supporting Jack White, and performances on Jools Holland, Letterman and Conan. BMA caught up with Booker to discuss his new album Witness, his musical influences, and a spontaneous trip Booker made to Mexico City amid growing political and racial tensions in the US.

I want to talk to you a little bit about your fantastic new album. It’s a little bit different to your last album – it leans more on the garage rock and the gospel than the blues. Did you have a conscious vision going into this album of what you wanted it to sound like or was it just how it came out?

We had a good idea of what we wanted it to sound like, going into it. Sam Cohen, the producer, is pretty big on ‘reference points’ so we went in with six or seven albums that we were like, ‘okay, this is the only things we’re listening to right now. Our favourite things’. There was a Sly & The Family Stone album called Fresh that I liked a lot. There was a Can album – the one with the green beans on the front I don’t remember the name of [Ege Bamyasi], a Pops Staples album that came out a couple years ago that we were really into, and then a bunch of Nigerian funk like William Onyeabor.

Wow so, a pretty wide breadth of stuff then.

Yeah that was the fun part of it I think, was trying to get all of these influences together without it sounding crazy. Like ‘Witness’, I was listening to A Tribe Called Quest and I was like, ‘maybe we can do like an ode to 90s hip hop with this beat’, and then I was listening to a Pastor T.L. Barrett and thinking of doing a choir like that over it. So every song was a real collage of my favourite things.

I wanted to ask you about the lineage of your music, because you and Alabama Shakes are the first people I’ve heard in a long time making this kind of gospel blues, soul type music, who are African American and making this music in a very popular way. People in the genre who have previously been big, like Jack White and Dan Auerbach of The Black Keys, and even going back to Eric Clapton – for a long, long time this has unfortunately been a white genre. Do you feel any sense of a revival of African American gospel blues, soul music like that?

I mean it does seem like there’s a lot of it that’s coming out and that excites me. It’s nice to see black people with guitars. When I was a kid playing guitar, people made fun of me all the time, they would say, ‘black people don’t play guitar,’ and I was just like, ‘I know that that’s not true!’ From Robert Johnson to Jimi Hendrix, I think that the people doing it now are people that know black history. All this music comes from us, so I think that we’re just interested in drawing from something other than what’s happening right now.

You’ve talked about in the lead up to this album, travelling to Mexico and being alone and away from everything happening in the US at the minute. And I think a lot of this album reflects that, especially songs like ‘The Slow Drag Under’ and ‘Witness’, about the violence in America right now. How does it feel coming back to a Trump presidency and the rising white supremacy of the US?

Well, it doesn’t feel great. But I think we can kind of take care of ourselves, even if we have this piece of shit in office. I think that if we’re doing our best to contribute to our community and the people around us and we take care of each other, then it doesn’t matter what’s going on over there. I try to be more involved and go to marches, volunteer as much as I can. Keep reading and stay up to date on what’s happening, I think that those sorts of things have been a way for me to feel better about what’s happening and feel that I’m contributing. I think that there’s a lot of people out there who are trying to work for the cause of good. So I feel optimistic about the whole situation.

Do your feel your music is a catalyst for political change, or is it more like something to take solace in in a personal way, away from politics?

I think the album, I don’t see it as being really political. Talking about ‘Witness’, I think that, for me, that’s more of a personal song, I’m not talking about laws that need to be changed or anything like that, I’m just talking about, ‘hey look, the people around me are dying, there’s people really struggling, what can I do about it?’ Just a feeling of hopelessness. I don’t really see it as being political as much as it’s just being human beings, so that’s the only song that could really be taken as a direct political statement on the album. I think the rest of the album is about something else. The rest of the album is just sort of about finding the kind of person you want to be, about self-reflection and I guess the process of learning to love yourself and open yourself up to love from somebody else.

Liked it? Take a second to support Alex Morris on Patreon!

Support Alex Morris on Patreon!
11% complete
When we reach $500 per month we will begin the official BMA Podcast. This will include interviews with some well-known musicians and artists, tips and tricks for publishing in print and online, as well as other discussion topics around Bands, Music and Arts in Canberra!