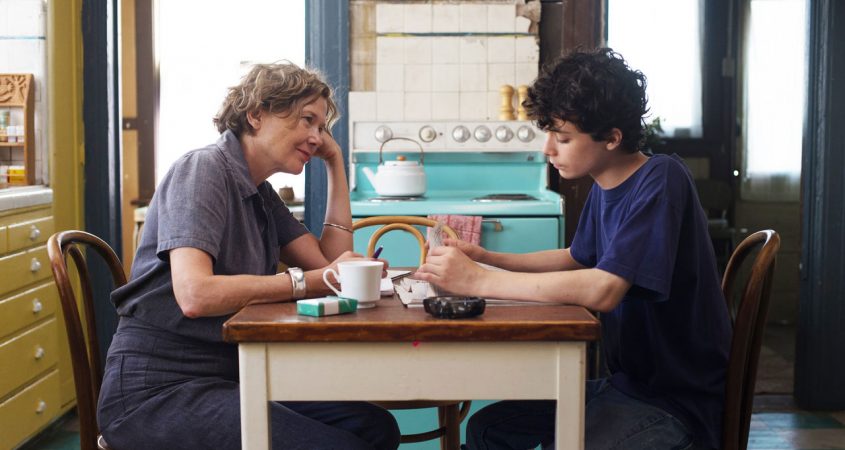 “Whatever you think your life is going to be like, just know, it’s not gonna be anything like that.” So says Abbie (Greta Gerwig) in one scene of 20th Century Women. I think this encapsulates the storytelling style of writer-director Mike Mills (Beginners), with an exquisite narrative that just meanders around at its own pace, no priority given at all to setup-conflict-resolution narrative structures.

The film revolves around single mother Dorothea (Annette Bening), who is trying to complete the direct nurturing role she has for her teenage son Jamie (Lucas Jade Zumann), before he becomes a fully-fledged adult ready to tackle the world of 1979 Santa Barbara and beyond. She coerces her two boarders, Abbie and William (Billy Crudup), and next-door neighbour/Jamie’s best friend Julie (Elle Fanning), to assist her in the areas she can’t quite get to.

The two elements that combine for me to make this movie so eloquently beautiful are the Oscar-nominated script, and the central performance from Bening. The former manages to avoid clichés whilst still hitting us in the hearts and minds (just not with a sledgehammer). The latter … well, suffice it to say that I think the category for Best Actress at this year’s Oscar ceremony had valid reason to be expanded to at least eight nominations, given how spoilt for choice they were for fantastic female performances, and Bening would have certainly been one of the acclaimed.