For Mental Health Month (A.C.T.) this year, This Is My Brave Australia: Canberra will be screening a festival of entertaining and enlightening short films.

Director Daisy Montalvo, from the Western suburbs of Sydney, brings us a darkly comic tale of loneliness and connection. Sam spends his days working in the sweltering Sydney heat as a traffic warden, and his nights home alone, isolated from the world. Every day is the same — until a drone falls from the sky into his backyard.

Film maker Andrei Lobanov, 22, is an aspiring film director from Russia. Minds The Limit is an audiovisual immersion in the inner world of people with developmental disabilities living in Psychoneurological Institution No. 3 near Peterhof. The documentary short tells the story of a place that may look like a treatment facility but is in actuality a place of social adaptation and a space for creative experimentation. Many live under the care of its staff until their final days, while exploring new worlds through abstract painting and electronic music. Creativity is their only way to connect with the outside world. What path need they travel in order for their work to become contemporary art?

Young Australian filmmaker Hannah Deans provides a raw insight into the mental health of Australian students under the stress of their final year in high school.

From Melbourne Director Dean Gild, In My Head explores the effects of mental illness through the life of a young man. Whilst the principal character struggles to accept what’s going on “in his head” and help from those around him, he learns that his anxiety is not something that need overcome him and that he has an opportunity to change his life.

Director Jessica Boyd brings us the story of Olly Woolrych, an ultra runner who began running in order to overcome addiction and depression. He speaks candidly about his struggles, while documenting his ambitious run from Mexico to Panama, a distance of 6000 km, to raise money for the mental-health charity Beyond Blue. He is an advocate for healthy living and the power of exercise to overcome mental-health concerns.

Directors Ain Raadik and Ben Savage bring the story of Brando Yelavich, an extreme explorer based in the Coromandel area of New Zealand, to life. Brando Yelavich became the first person to walk, swim, and climb around the entire coastline of New Zealand. The life-changing expedition took 600 days to complete. Brando spent most of the time living off the land, hunting and foraging for his own food. Brando has struggled with depression and anxiety throughout his life.

Set against the backdrop of drought, short film Before I Go looks at three generations of one family in country Australia and examines matters of mental health in rural areas. Australian Director Mika Tran has made a powerful catalyst for discussions on how we can provide better support to those we love and challenge the stereotypes that hold us back. Male mental health in rural areas is a silent killer, and something that is increasingly crucial to discuss.

It is Me, by New Zealand Director Angharad Gladding, looks at the struggles of mental health; in particular, anxiety. This artistic documentary is told from multiple perspectives by those who struggle with anxiety. It is based on three illustrations, also created by the director. Each illustration presents a viewpoint of somebody struggling with anxiety.

Canberra Director David Jenkins brings to life the story of a home for those with mental-health challenges. The story is narrated by the lovable Prince Charles Cavalier Benny, who is also a resident!

Canberra Director Judith Peterson brings the story of Louise to life. This film shares the real-life story of Louise and how she deals with being a mum to children with high needs. She talks of their issues and her struggles to continue to grow and be a mum to these kids, all of whom individually need support. The children talk of their love for their mum; her support; and how they overcome issues in their lives. 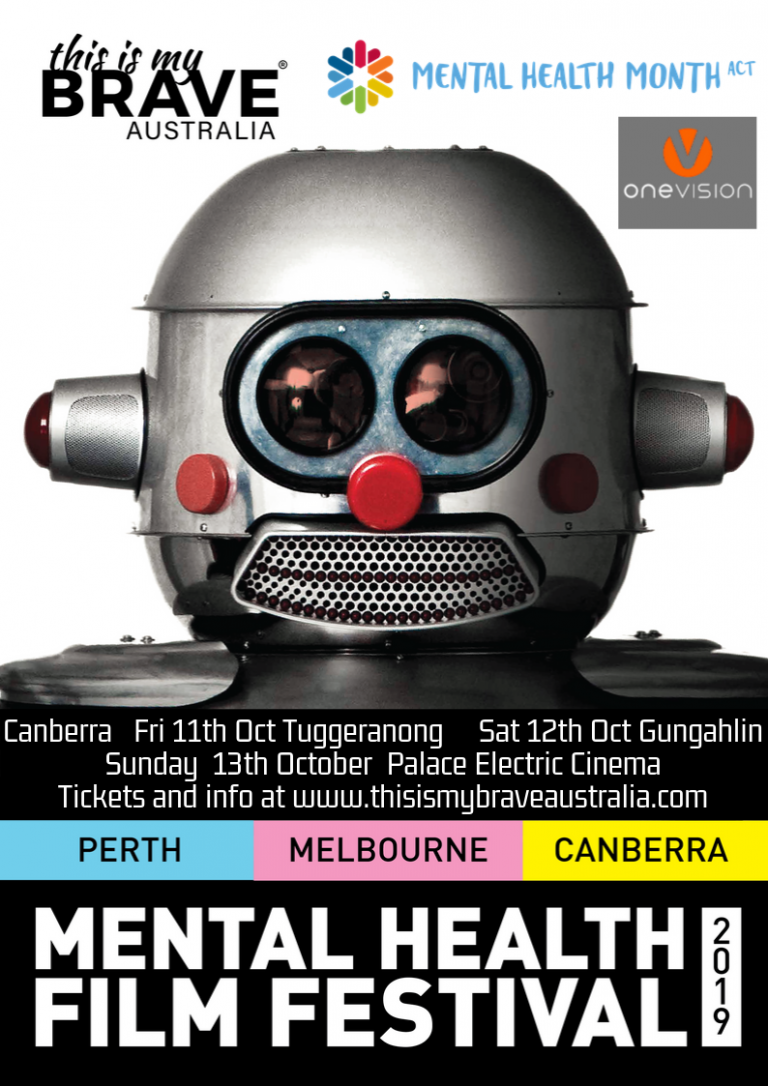