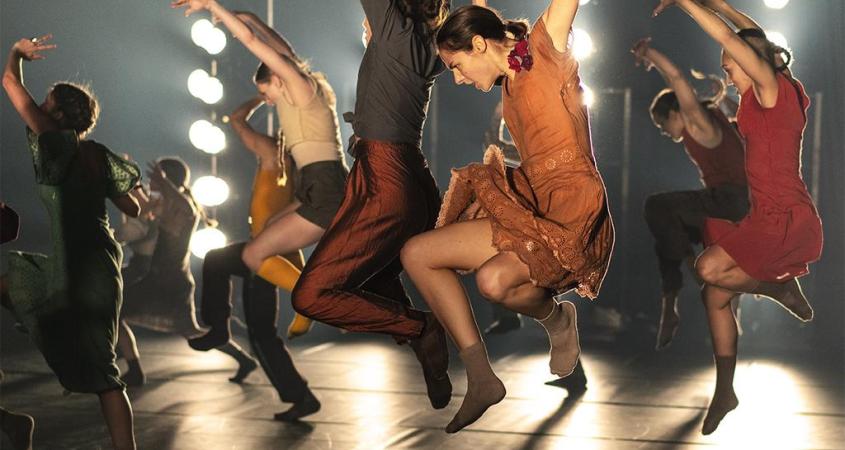 Classical dancer Elise (Marion Barbeau) makes a devastating discovery and shortly afterward suffers an injury that threatens the remainder of her dancing career.  She must be able to dance; if she cannot, what other life can she live?  And how can she best heal?

As work on Elise’s injury progresses, her physiotherapist, Jann (François Civil), aims to help her heal from the shock she suffered as well as from the subsequent injury, on the premise that they’re connected.

When Yann goes on holiday, Elise’s friend Sabrina (Souheila Yacoub) offers Elise work with passionate chef Loïc (Pio Marmaï), Sabrina’s boyfriend.  The job is preparing meals at a country retreat where a contemporary dance troupe is training and rehearsing for a forthcoming season.  Seeing them, Elise discovers a new world of dance, a world that will change her life.

Regardless of whether Yann’s premise of the unity of mind and body as a basis for healing from injuries is borne out in the real world, it plays out nicely in Rise.  The training — not wholly physical — that the contemporary dance corps’s leader, Hofesh (Hofesh Shechter), offers Elise highlights contrasting bases of movement in contemporary and classical dance; and it is this new approach, along with sage advice from the retreat’s manager, Josiane (Muriel Robin), that offers Elise another chance in the world of dance, in her relationship with her father (played by Denis Podalydès), and perhaps in romantic love too.

With heartfelt but understated acting, bursts of drama, and intricate cinematography of accomplished dancing in several genres, Rise has much to offer, not least the contemporary company’s superb opening-night performance.