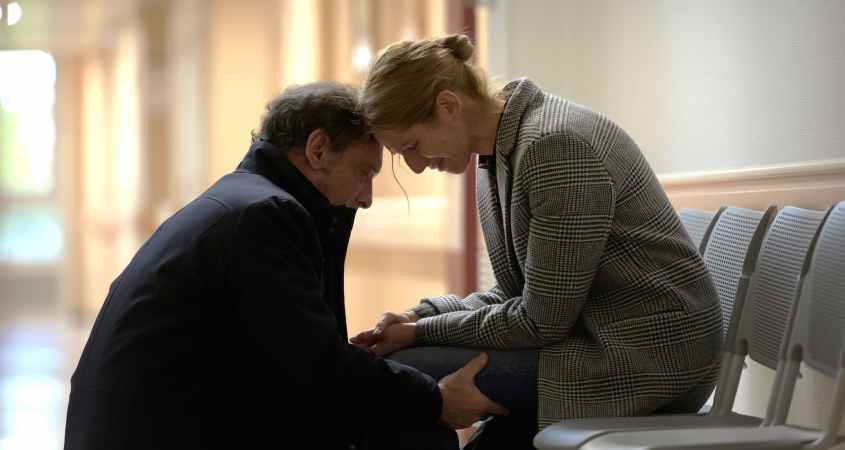 Philippe Lemesle (Vincent Lindon), executive manager of one of eight French manufacturing facilities for the company Elsonn, is under pressure from all directions.  His long-standing dedication to his company has led his wife, Anne (Sandrine Kiberlain), to file for divorce.  Their son, Lucas (Anthony Bajon), has been institutionalised after a psychotic episode.  And, since Elsonn’s takeover and “restructure” by an American corporate shark, every employee has managed to do the impossible — but only by turning a blind eye here and there in order to appease the next person up.

On top of all this, Elsonn’s country manager, Claire (Marie Drucker), herself under pressure from her American boss, Mr Cooper (Jerry Hickey), is pressuring Philippe to find a way to fire a further 58 of his 500 remaining members of staff.  The additional pressure by Claire and her director of human resources (Guillaume Draux) comes just as the results of earlier appeasement begin hatching, with accidents and anxieties boiling over and employee confidence falling in Philippe’s good intentions.

Philippe’s only true support in resisting the pressure from the top is his friend and operations manager, Olivier (Olivier Lemaire), who confirms the hard truths that his section directors have already categorically asserted: that no section of the company can afford a single additional loss.

Philippe’s journey is one of discovering what he has become in order, fundamentally, to keep his job.  In taking that journey, Another World illustrates brilliantly the moral results of allowing the corporate monolith to decide what is true and what is false, to think for us, to redefine moral cowardice as courage and vice versa, and to impose a duty to impose on those lower in the corporate pecking order.  It could hardly be timelier.