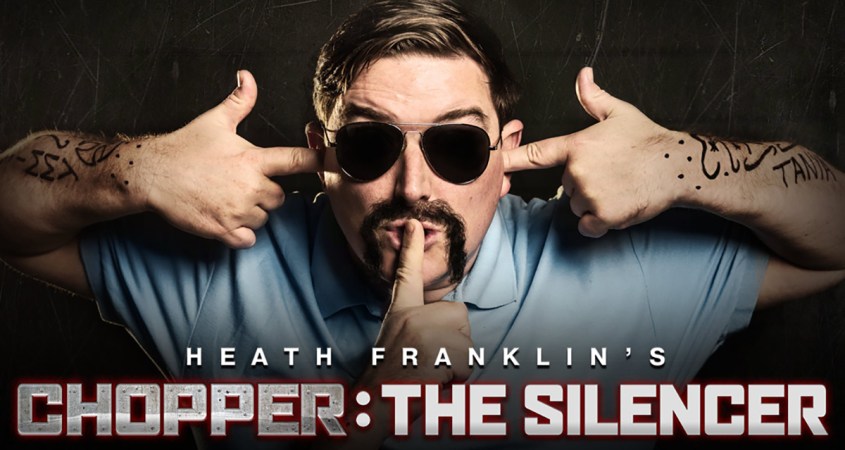 Heath Franklin’s Chopper character has surprised with its legs. Originating as a skit on The Ronnie Johns Half Hour way back in October 2005, Franklin’s Chopper survived the run of said show, a changing landscape… even the death of the gangland author Mark Read himself.

Franklin’s Chopper started out as an aping of Eric Bana’s role of Chopper (which was in itself, of course, an impression of Mark Read himself) to different, everyday scenarios. The weather report skit remains one of the strongest to this day.

Where the character grew legs is applying his no-nonsense, expletive laden hard opinions on an increasingly insane political and social landscape.

“Chopper cordially invites the world to shut the f**k up for a change. Welcome The Silencer.

Panic, terror, stupidity, crisis; they can all form a queue and suck the wrinkles out of Chopper’s walnut wallet because he has stopped giving a f*** and is done with suffering fools.

Dole bludgers, climate change, anti-vaxxers – the outrage is deafening. Everyone is crazy, everyone has an opinion, everyone is wrong. Silence!

In amongst all this noise and hysteria and angst, and snowflakes and trolls, who will give us a bit of bloody shush? Chopper is here to machete our way through the jungle of bullshit.”