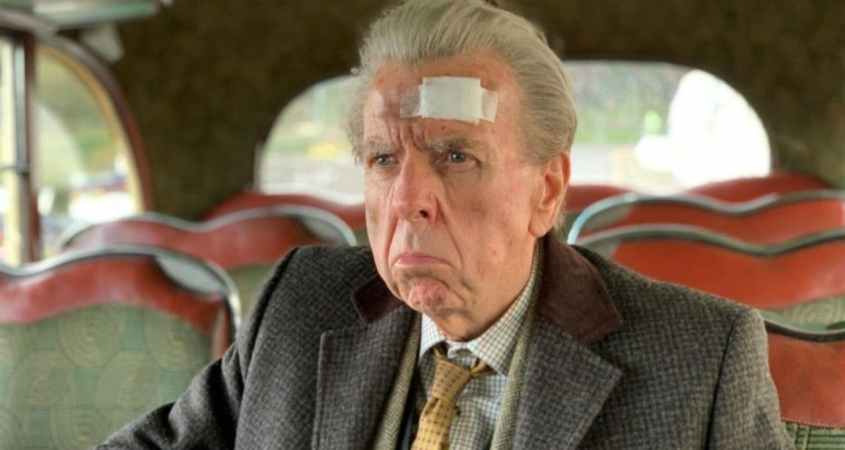 Timothy Spall gives the performance of his life as Tom, a nonagenarian adventurer, in The Last Bus, the record of a journey, a road trip, and fulfilment of a promise.  Tom’s is not outwardly a hero’s journey; it is a journey from John O’Groats, at the northernmost tip of Scotland, southward to Land’s End, the southernmost tip of England.  It’s a very long way to travel by a series of highly variable local buses; and it is a journey of remembrance and discovery for Tom and of appreciation by many of the travellers and others he meets along the way.  But it’s also a journey of discovery by others of Tom’s attributes, including the courage to stand up to thugs harassing others.

As a man whose courage encompasses taking such an arduous journey at his age, Spall’s Tom is amazing.  His subtlest act is true to life; so much so that the shakiness of limb that we see as Tom carefully descends stairs hewn into rock seems surely due to Spall’s own age — an impression that the vigour with which he strides in another 2021 release (The Obscure Life of the Grand Duke of Corsica, also part of BFF 2021) belies.  The man’s every move is utterly convincing.

Strangely, the young may benefit most from this film, in appreciating what others still young in mind eventually must accept: the hurts, disappointments, losses, wounds, and impossibilities that accumulate as a body once capable of nearly anything its owner attempted becomes uncooperative, unsteady, weary, and slow.  But, in sharing these intimacies of ageing, the film is in no wise disappointing.  Timothy Spall’s delivery of Tom’s frailty and determination is mesmerising in its veracity.