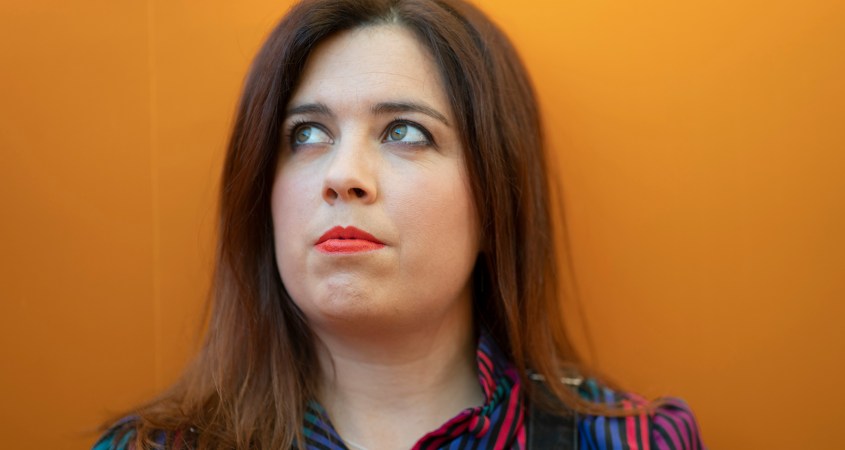 Canberra outfit Bec Taylor and the Lyrebirds have just released Shed My Skin. The new track, which follows two previous singles, Off The Edge and Friend of Mine, reveals a stylistic departure—less organic sounding, yet no less raw.

The new one is a sonically quieter place than those previous records, with a spare production that feels considerably more concentrated. With a verse that kicks in as soon as you start streaming, Taylor’s tenderised vocal approach leads us straight into the sinewy motions of the track. Mood setting swells and finger snaps are set alongside a percussive pulse and, as the track progresses, a discreet bass drum ushers us into subtle shifting changes in temperament.

Despite the track’s overall low-key profile, there’s a palpable sense of something akin to resignation, a casual articulation of relief that’s undoubtedly tied to the narrative’s focus. It feels reflective, so the track has hit the spot in that regard. Taylor’s vocal performance is convincingly aligned to these suggestions of cleansing, with her voice oscillating between ethereal airiness and high range fragility.

After the purging there’s a commitment to remove the vestiges—this, too, is supplemented by the vocal; the unknown can always induce trepidation no matter how robust this commitment to change is.

The song’s melodic terrain is assiduously attended to by the production’s gradual layering of synths and rhythmic touches and vocals, helping to imbue the track with a dynamic that’s as sneakily effective as it is inoffensive.

And, of course, reminding us, in a sonically careful and finely filtered manner, what’s about to happen here.

Rather than removal, we have extension, a technique not as at odds with the song’s theme as one would expect. There is a crescendo, narratively speaking, and the instrumentation puts a little soft fire behind it.

Shed My Skin is a rebirth for Bec Taylor and the Lyrebirds and in more than just subject matter.