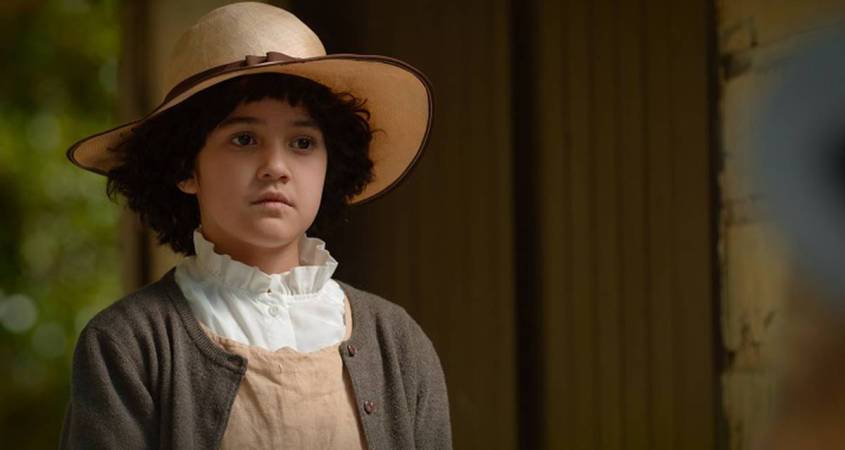 Cousins shows us the tale-worthy aspects of the lives of and relationships between three Māori cousins — Makareta, Missy, and Mata — and specifically the story of how Mata, as a young girl, was lost to her family for many years.

Told that her mother had died and her father had left for England, Mata is made the legal ward of the misanthropic Mrs Parkinson (Sylvia Rands), who has Mata placed in an orphanage.  Only once during her years there does Mata have an opportunity to meet and bond with her cousins Makareta and Missy, before being returned to the orphanage until old enough to be useful to Mrs Parkinson as an unpaid worker and breadwinner.  Destroying all correspondence to Mata from her family, Mrs Parkinson tells Mata that her family has made no effort to see her and doesn’t care about her.  Mata, unable to be part of the world she finds herself in, disappears into despair.

Meanwhile, Makareta’s and Missy’s futures are determined from childhood by their family’s determination to retain their traditional land.  Circumstances lead them in unexpected directions instead, and to separation from each another; but they remain in contact and never give up trying to find Mata.

Through the viewpoints of these granddaughters of the matriarch of a Māori family, this compelling tale moves backwards and forwards in time, revolving around the major events in the cousins’ lives and their consequences.

Beautifully constructed, and filmed with a close eye to its leads’ changing viewpoints, the film translates with finesse a good deal of subtlety from Patricia Grace’s 1992 novel by the same title.  Such subtleties include the film’s understated depiction of the cousins’ tribe’s adaption of traditional tribal discussions of important events and setbacks due to the rigours of westernisation, and the ways in which capable young Māori (as exemplified in Makareta) adapt expression of their traditional values for greatest effectiveness in a world governed by non-Māori.

This very moving tale of loss and recovery is sure to bring a tear to your eye; but in the end it heartens its audiences in affirming the triumph of generosity over selfishness, community spirit over blind obedience, and humanity over inhumanity.