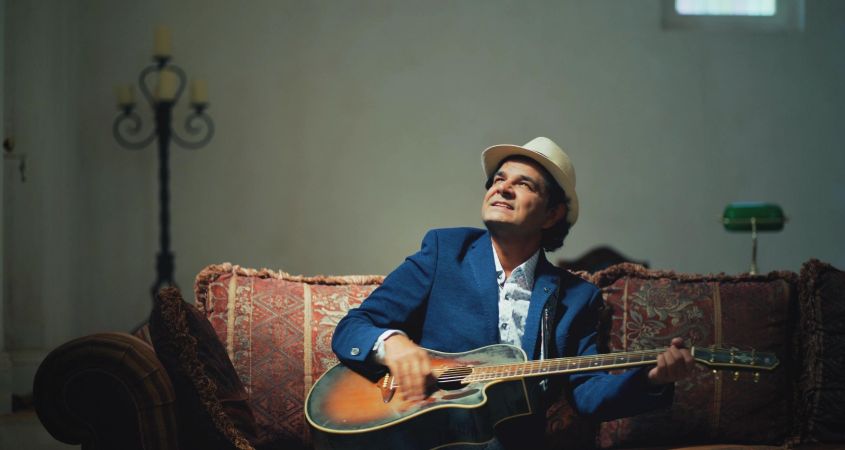 There’s no one quite like Mahmood Khan in Australia, and this amazingly versatile artist has the track record to prove it.

His new EP Imaginary Friend is the latest addition to his oeuvre and a very welcome one it is too. It is an outstanding record, continuing Mahmood’s trademark world pop sound and will undoubtedly repeat the success of his previous releases.

But Mahmood has also achieved phenomenal results at a global level. Imaginary Friend has already shot into the USA iTunes Jazz charts at #5 and is currently #1, a feat no other Australian or Pakistani artist has ever accomplished.

The new release follows in the wake of Mahmood’s recent chart impacts worldwide, which include:

As for the new EP, the opener is Call Her Up, a track that gives the listener a good taste of what lies ahead; that full, slick sound tempered with, on some occasions, raw, unguarded performances.

The title track continues the same resplendent aesthetic, yet one imbued with a faint quixotic tone.

The following track, I Have To Love You, despite its rather inflexible title, is the ballad of the EP, one that actually reveals the flexibility of Mahmood’s vocal skills.

The result here is a uniformed sophistication, an atmosphere that manages to be expansive while retaining an organic, relatable vulnerability. The EP has many surprises and reveals, in varying degrees of accessibility, with Mahmood Khan’s ability to draw on numerous genres and writing styles to sustain his artistic idiosyncrasies on full display.