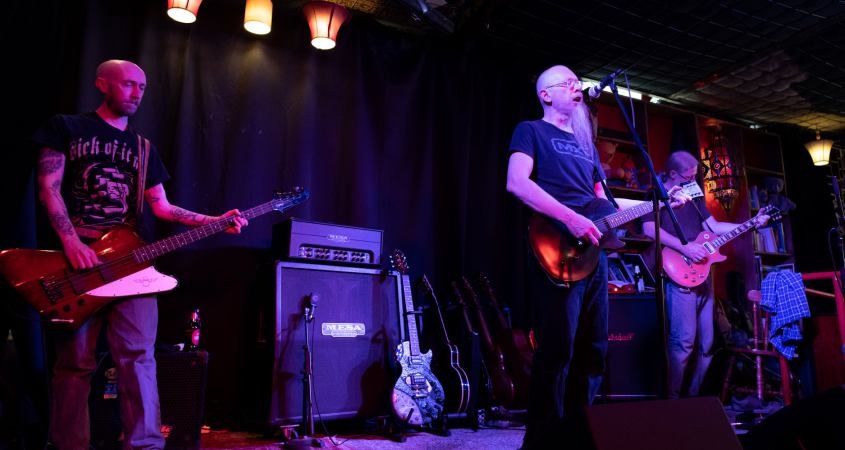 Renowned local band Buff Tundrel, with a pedigree going back to 1995, went through a reformation that saw original members Nathan Rowlands and Jason Hore join with fellow musos Peter Mackenzie and Phil Turner, under the sawn-off moniker Tundrel. The band released Tundrel Tomes: Vol I in 2015 with the follow on Tundrel Tomes: Vol II just issued this month.

To celebrate the new album, the band has dropped a couple of singles including the storming Put Em Down.

The production on Put Em Down grabs the heavy rock sensibilities which made the songs on Tundrel Tomes: Vol I so listenable, and adds extra layers of effects to deepen the mood and emotion of the music. The song drifts in with sparse string plucks that are slowly engulfed in a cloud of distortion.

The powerful vocals of Jason Hore start off resigned to the routine grind of ‘another day’ before they take on an overwhelming rage that is matched by the descent of pitiless, distorted guitars.

There is an anger here that was not so present in the band’s first LP. Heavyweight riffs circle menacingly in rising clouds, with psychedelic injects adding to the fray. There is a powerful, wailing guitar highlight in the bridge, in a song that is more about axes than vocals.

Notwithstanding that, Hore’s voice continues to impress with its massive strength, that helps set Tundrel apart.

Put Em Down demonstrates that Tundrel are back with a vengeance, with a renewed vigour, having lost none of their sheer grunt.