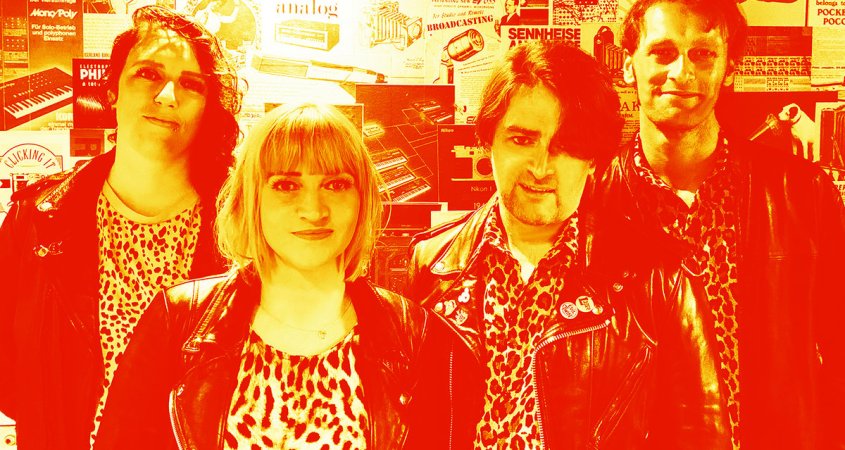 Brisbane-based garage rock punksters The Glycereens have been around since 2018 with their debut album Hangin’ On!. They’re returned with a new track Neon City Lights, a frenetic-paced piece that’s sure to appease those who like their post-punk gritty, trashy—in all the right ways—and brash.

The tune kicks off with the band in full swing, a red herring introduction that utilises squishy distortion and raucous drums to induce a shuffle feel that temporarily lulls one into a false sense of tempo and groove security. Soon enough, it veers to a pause, at which time the track’s true heartbeat makes itself known.

From here on out, the tone is set. A two-chord guitar riff underpins the segue into the verses, and indeed, becomes the fluid foundation from which the rest of the song emanates. When those verse vocals emerge from the blanket of crash cymbal aided machete riffs, they are suitably immersed in the established landscape. Punk is protest, and one needs to hear the voice, if not articulating such remonstrations, then indeed sounding like it.

And this sounds like it: insouciance with a reckless streak.

It all works to provide the listener with a specific ride, which is speeding headlong into the slipstream of a post-punk beer barn saturnalia. The succeeding chorus features a reigniting chord change that ushers us into the realm of audience participation with effortless simplicity. ‘Are you ready to go?’ we’re asked.

And the answer is always yes, of course; we are on this expedition to the end. And what an end. Following another round of verse and chorus, we get an alternative riff that leads us into a guitar solo. Not your one-string twanger either but a relatively melodically inspired series of notes.

From here, we are treated to, unsuspectingly, a motif that emerges from the residue of the solo. A response vocal melody joins this motif for an all-out race to the fade of the track, but what’s intriguing here is this counterpoint—both elements are moving separately towards the same end, and they don’t collide.

Neon City Lights is garage rock with hooks, energy and a steadfast attitude, and a healthy allegiance to the genre’s cause.