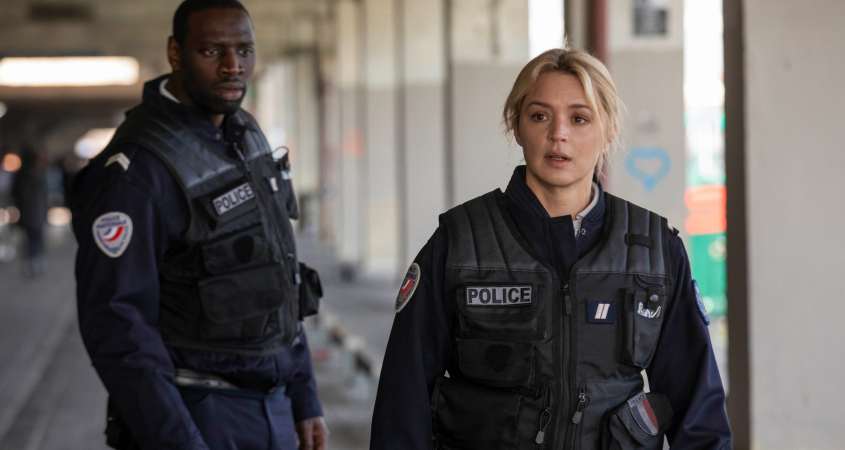 Supplementing the events of a single day with two or three flashbacks, Night Shift introduces a situation and three police officers’ motivations by focusing on one lead character after another. This device, though it retains our attention, comes to seem clunky; but it familiarises us with the three Parisian police officers — Virginie (Virginie Efira), Aristide (Omar Sy), and Erik (Grégory Gadebois) — who will take a night-time journey by car with an unknown fourth character.

Standing in for immigration officials overwhelmed in dealing with fire at a detention centre, their task is to take a refugee, Tohirov (Payman Maadi), from the detention centre to the airport, for deportation back to his country. Tohirov’s application for asylum has been rejected but remains under appeal. Virginie is the first of the officers to realise that the man may be returning to a prompt death — right before the appeals court decides on his case.

Night Shift addresses a topic of increasing importance: the conflict between our fundamental obligations to our fellow man and others’ expectations of us to meet obligations that are contractual or utterly fictitious.

The film doesn’t evince development of the relationships between the leads, but it brings to the fore the emotional realities that routinism in adhering to perceived police duties easily obscures. And it may offer few insights to those who already value humanity over authority; yet Night Shift cuts through to the undeniable fundamentals in a way that will leave an impression. It manages to do so not by invoking in us feelings of powerlessness or despair but by showing how even the most duty-bound can in fact make a difference.