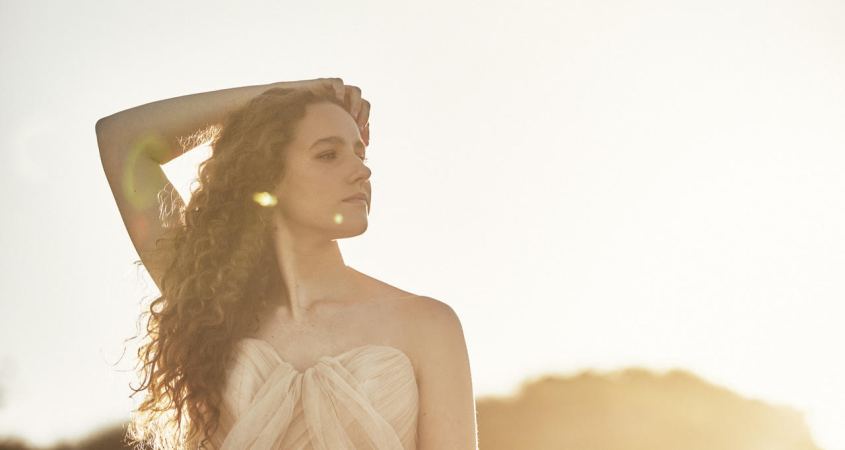 Perth-born independent singer-songwriter Castle has just released her debut single Moving On. The new track attempts to blend accessible rock, pop, and dance into a singular genre-defying style, and for the most part, this attempt has gone quite well. There is a believable amount of yearning, a commendable degree of restraint and a rather sophisticated dose of reflection.

As any sixteen-year-old artist, not to mention the well-practiced and wizened kind, is prone to consider, Moving On explores a coming-of-age experience. The juxtaposition of such a lyric with its relatively mature musical accompaniment is only one of the track’s persuasive characteristics.

As Castle has said: “The song is about the realisation that the end of a relationship does not have to be a heartbreaking experience, it can be a release. It’s an anthem to better times and new beginnings, to the growth and evolution of the teenager.”

That being said, the track’s opening line, I’ve been tied up for way too long  / My ship’s out of sails and I’m not that strong, does suggest a hint of heartbreak, if not an unwillingness, or rather, a determination, that the protagonist is not ready for such emotional upheaval.

And rightly so; who is, ever?

I was only good when you needed me / But this is not where I’m supposed to be, the following line states. This is where it gets involuted. Just where is one supposed to be at sixteen? A good question, particularly for the teenager. In fact, for anyone.

However, this is the perennial fabled question for this segment of society is it not… just where do I fit in?

As far as making records go, Castle appears to have quite a clear idea about where she should be. As she has said about her work: “My music is kind of lyrical dance-pop. I don’t like to feel defined by a genre, but just express experiences and tell stories through my lyrics and create a vibe.”

Recorded and mixed by Chad Blondel from Blondel Studios and mastered by Chris Gehringer (Sia, Dua Lipa, Halsey, Selena Gomez) of Sterling Sound, the singer-songwriter’s first release is sure to go a long way in establishing a successful flight path towards success, mainstream or otherwise, and undoubtedly prove to be a precursor to even brighter musical soul-searchings.