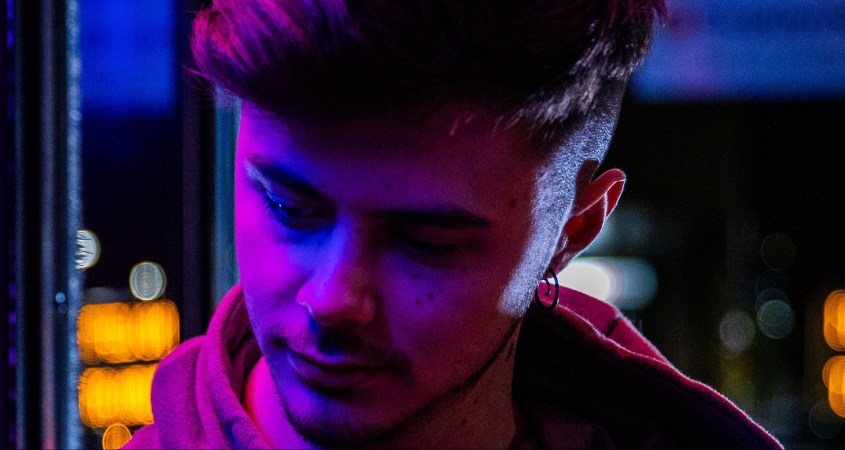 Following the release of three singles, Canberra-based musician and producer Kloudii has just dropped an EP but y tho? Aka Tanner Clark, Kloudii’s latest is a relatively adventurous five-song fusion of electro-pop with eclectic atmospheric pop.

As well as knowing his way around some no doubt nifty software and softsynths and hardsynths and whatever else, Kloudii reveals himself to be an artist who is not afraid to adopt some old school textures—enter the guitar, and some quite dense distortion with that guitar too—and this gives the EP a level of grit and grime that even the most high-functioning of synths would have trouble competing with.

Opening with Maybe, Kloudii persuasively presents a cocktail of amiable melodic turns with just a dollop of emo semi-angst. The rhythmic pull here is emblematic of most of the EP—eschewing straight tempo lines for the occasional drops and the jittery jumps and staccato slashings kind of works when listening to the entire set.

The second track Won’t Catch Me (Ft. Andrew Campbell) ventures into a lazy, restrained feel, with a few surprise chord changes and a mood spicing guitar-like solo. I say guitar-like because, well, one never knows; it just might be a splendid-at-mimicry piece of technology after all.

But Tanner appears to know what he’s doing in both realms—the virtual and the real. And this EP quite convincingly allows the vocal performances to hover above the sonic environment judiciously, neither fighting it out with the computing power nor attempting to take over, but instead landing safely in its arms.

It makes for a cohesive congress of seemingly disparate components. The electro elements only sprint off on slightly de-energizing tangents sometimes.

For the most part, we are in the quite capable hands of an artist we will, undoubtedly, be hearing a lot more of in that very near virtual slash real future.

[EDITOR NOTE: Kloudii was part of Recruitment Hive’s COVIDEO project. The Canberra 2020 COVIDEO Virtual Gigfest features video performances by the performing artists of the Canberra region “who, through their work, enlighten our lives and enrich our culture”. You can check it out by clicking here.]