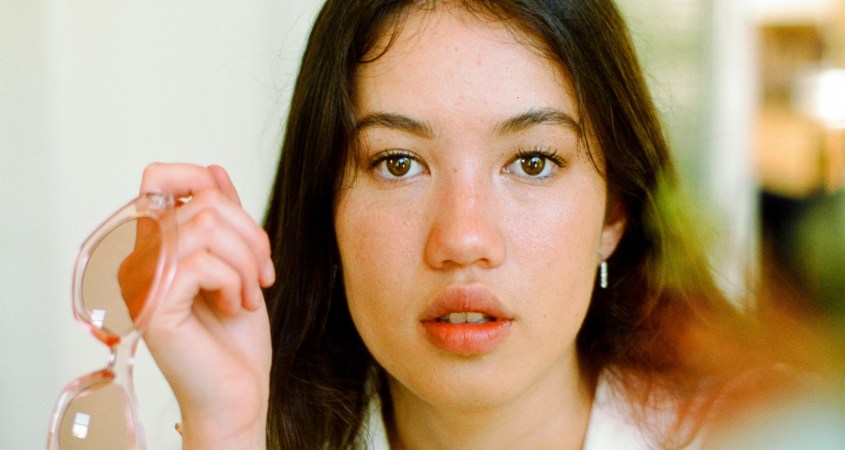 After the release of i wanna kiss boys cos i’m bored, Lucy Sugerman sold out a hometown single release gig at The Abbey in Canberra in November, showcasing her brand new four-piece band and previewing upcoming material.

Her latest single, colour blind, is a taster of that material.

Lucy has also been invited to participate in the 2021 Melbourne Songhubs this week, curated by Gretta Ray. This year’s Songhubs songwriting camp curation brings together selected women-identifying or non-binary intensive APRA AMCOS members and renowned international songwriters and producers to create new hits.

And judging by this new track, it’s no wonder Lucy has been invited to join such an esteemed line-up. colour blind retains the lo-fi flair and effervescence of i wanna kiss boys cos i’m bored yet turns it up a notch or two in the melodic punch department. Designating a rolling verse style followed by a semi-anticipatory pre-chorus makes for a perfect counterweight to a zippy, high octane pop chorus, which lodges in your head before you have time to catch your next breath.

The track is aided by an astute production job that elevates without squandering any morsel of euphonious muscle, suffusing the requisite dynamics with a tasteful array of subtle quirk and compatible sound choices. One gets to the chorus and assumes Lucy has a bit of a hit on her hands; it glistens without being too transparent and lobs it out of the ballpark without the listener having any say in it.

colour blind contains an admirable undercurrent of pop sophistication below the effortless seeming veneer, and coupled with Lucy’s persuasive vocal execution, it will undoubtedly invoke a torrent of effusive responses.

[EDITOR’S NOTE: Miss Sugerman will also be performing at A Celebration of Womxn @ Kambri ANU on 12 March in celebration of International Women’s Day. She’s on the Bill presents a huge female fronted lineup with some of Canberra’s most prominent musicians including Kirrah Amosa, Kim Yang, Dana Hassall, and Sophie Edwards. More info: https://www.facebook.com/events/441773213937466/ ]