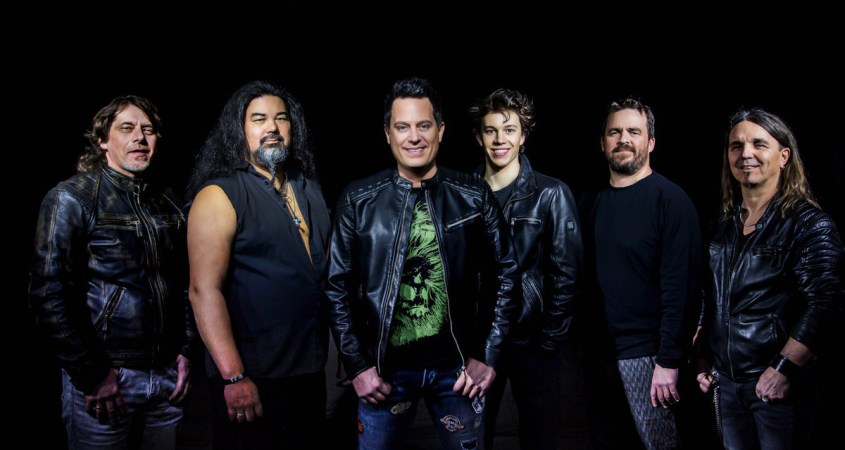 Austrian band Shine has just released their second single Bring Me Back That Feeling.

Fronted by Gregor Glanz, a renowned vocalist and musician in his own right in his home country Shine’s new track follows We’ll Be Alright and adheres to the same finely-honed, proficiently executed pop-rock blueprint.

As Gregor says: “It will be interesting to see where the journey of this new band Shine will lead—but one thing is certain, the six musicians have done everything right with this second single.”

Upon first giving Bring Me Back That Feeling a listen, you might find yourself thinking you’ve been teleported to some parallel time dimension, one for which larger-than-life melodic rock is the mode du jour. That perhaps, the six musicians haven’t done everything right—but that’s difficult to gauge. All the hair swirling, swashbuckling elements are present, though led not by some high-pitched screamer but rather by a lead vocalist with a kind of matinee idol temperament to his voice, one which ostensibly shifts the track away from predictability and closer towards something resembling an idiosyncratic style.

Written by Gregor Glanz, Manuel Stix and Raemie Brown, Bring Me Back That Feeling is about yearning for the good old days, for the times before the crises when friends and loved ones gathered together without a worry in the world. Oh yes, who doesn’t remember those very recent glory days? A time when everyone felt free. A time, as Shine suggests, we will get back again soon:

Although the song trades on a motivational bent—cue the fist-pumping groove, the We Built This City mode of melodic arousal in the choruses, the dreamy distortion of days gone by—the lyric is in fact peppered with images of inconsolable reminiscence that provides a curious layer of disillusionment which, thankfully, negates some of the more hyperbolic aspects of the music.