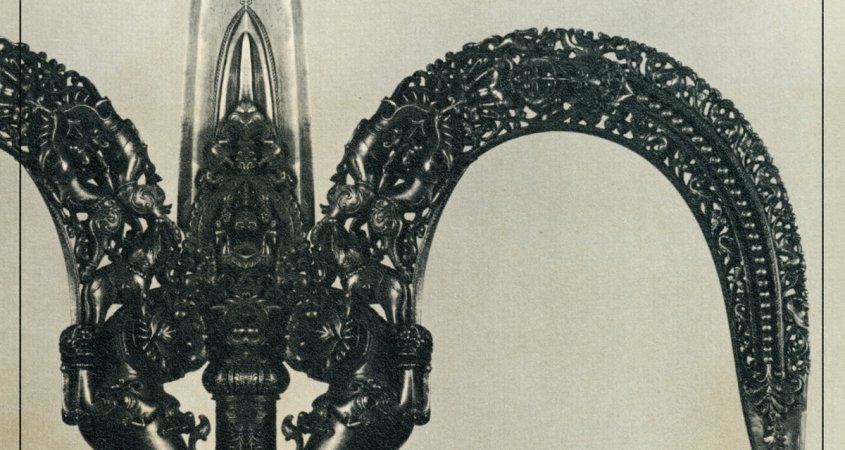 Hold onto your hats, ladies and gentlemen, but a Sydney metal band has done something that is strangely rare for a city of that size and that’s knocked my dick in the dirt. There are other bands that do this of course, but it is weird that the country’s largest city doesn’t produce nearly as much top notch stuff as, say, Brisbane or Melbourne.

That is not the point though! We are here to discuss what we DO have, and that is a 7″ single featuring two absolutely all-killer riff fests!

Side one, or the first song if you’re consuming digitally, kicks off with Cold Chamber, a dirge-y descending chord progression before lifting off into a straight black metal inspired arpeggio riff and a pleasingly evolving drum pattern that builds to a sudden break. At 0.30 we enjoy a killer lead into a riff that one could only describe as a complete and utter ball tearer. If this single receives the wide exposure that it deserves, and this riff is consumed whilst driving, Sumeru will be the subject of a class action suit due to the speeding tickets it will generate.

It is at this point Sumeru welcome their new vocalist (declaration, my good mate and I Exist bretheren) Jake Willoughby to the microphone. Those familiar with Sumeru’s past work on the Holy Lands and Summon Destroyer will note that Willoughby brings a decidedly more aggressive presence to the vocals and the band has harnessed that energy into a more overtly metal Sumeru. That is not to say the band have reduced the scope on their sludgey, stoner and doom influences on past releases, but rather added to them with old school death metal influences, making a welcome addition to their list of song writing ingredients.

Cold Chamber evidences this well as the verse and chorus sections interplay with the intro riff coming back, with Willoughby only further enhancing the muscular riff with an excellent vocal performance that is a notable step up in production and execution for the band. I say that with great reverence and respect for previous vocalist Matt Power and their previous work, but my inner metal ming-mong has been especially pleased with this heavier turn. The song finishes with displaying the band’s appreciation for dynamics with yet another big riff and doom section.

For Side One, my only possible criticisms would be I would have liked some vocals over the doom riff at the end, and perhaps the melodic variation on the chorus riff that comes in at 3:10 to be a touch more prominent in the mix, which wasn’t as apparent on headphones as in the car but otherwise just KILLER. Mike Deslandes has yet another winning heavy production under his belt here.

The quality of the “B side” is really a case of side A and side 1.

Foundry of Dread sets you up with that kinda AM radio mix of the intro riff that you know is going to kick your motherfuckin’ ass when the rest of the mix kicks in and sure enough the speeding fine from the previous track could well see your vehicle impounded with drummer Andres Hyde’s swinging ride cymbal work over the top of Pete Bursky and Chris Wilsons guitars and Pat Taylor’s bass riffs.

Again, Willoughby shows he’s settled in, dropping vocal bombs over each of the song’s key riffs which build and swap the swing of the ride in the verse to the guitars in the chorus before a kinda breakdown finale that is going to add to Sumeru’s legal woes as being unsafe to necks due to critical bangovers.

The only whinge I have is a weird harmony at 4:08 into the song that I think may be a supplanted ear worm to hurt my brain and make me love the rest of the song even more, but there’s also a guitar solo so tasty that I nearly licked my fingers on its completion.

In summation, or summeration as the case may be, hurry up and deliver me an album of this quality. Listen behind the wheel of heavy machinery at your own peril.