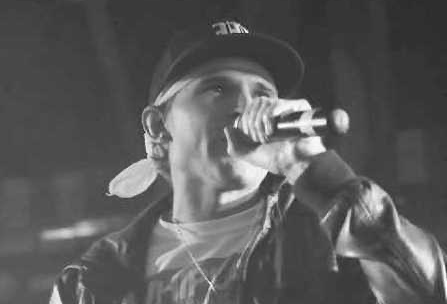 Australian rap artist Iluminative [try saying that three times quickly after a snifter of cherry – BOSSMAN SKO] has steadily been attending to his career since sometime in 2006, releasing four albums and eight mixtapes and doing shows, all helping him to sustain a genuine shot at ascending to the next level of rap fame in this country.

His latest album Kundalini Rising is a collection of forcible genre-mixing hip-hop slash rap that manages to espouse the virtues and rewards of spiritual self-care in a manner that seems to suggest quite the contrary, that is, by adopting an assortment of hard-edged musical passages and a swagger and stance that curiously is more inviting than one would imagine.

His new single, Know Yourself, is the third from the long-player mentioned above and a more multi-textured example of his work—no cruising for a bruising (sorry, couldn’t help myself) guitar attitude here. Now, we recline ever so luxuriously in the arms of calm, clean acoustic strumming and sombre strings and brass. We are acutely aware by the title of the track that something of a spiritual nature is to be delivered without knowing what form the vocal performance is going to take.

Well, to our surprise, Iluminative doesn’t let the chilled, post-dinner cocktail of urbanity let us off the hook. The full drama-fuelled intonations are at play, and the tone is as persuasively testy as it is on previous tracks.

However, the view turns outwards, as Iluminative regales us with what is at stake if we surrender: our healing. There’s a time to de-program our egos so it easy goes, the opening line suggests —this might be more difficult than it sounds. But it sounds kind of right.

Ego. Maybe it is a dirty word?

Iluminative continues along similar semi-didactic lines; however, there is a quirk, a fragile edging to his voice which lessens the impact of what could easily be deemed dogmatic. This quality might very well be authenticity; the artist believing, devoted to his convictions.

I guess there’s no other way of making art.

As Iluminative says: “I am just going with the flow as nothing can be forced. I will do what I can from my position, but no expectations. I always take risks, it’s just how I live, I have had to be like that. Winging it all but doing things at the right time.”

And perhaps, this is his right time.