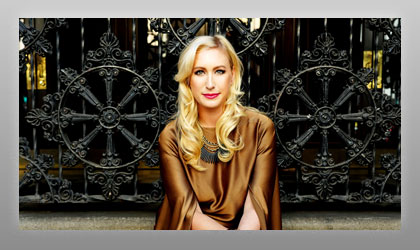 Originally from Oregon, US, New Zealand based music artist Emme Lentino’s tracks have been featured in several daytime television shows including ABC’s One Life to Live and All My Children.

She has also performed in a successful off-Broadway production and collaborated with DJ/producer Vasili Gavre in writing, recording, and performing a song included in the Victoria’s Secret national BIOFIT campaign.

Emme’s song catalogue has also attracted airplay worldwide, and now she can add her reinterpretation of Last Christmas (George Michael) to that list of achievements. It was featured on MTV Australia, the Philadelphia News Channel 17, CTV Calgary (National News in Canada), Global News (National News, Canada), and received airplay on commercial radio worldwide and consumer outlets including Bed, Bath and Beyond.

The new record highlights Emme’s exceptional vocal skill and a talent for writing memorable songs that balance elements of sophisticated pop, contemporary country, and modern soul. The singer-songwriter, musician, and actress, has gone from strength to strength with every release, continuing to reaffirm her global presence and a loyal, growing fan base.

Just as Emme’s version of Last Christmas took the iconic song to surprising places, utilising a mix of styles including country, pop, and touches of rock, Oceanside does a similar stylistic thing. It covers many bases and has every chance of being a worldwide smash.