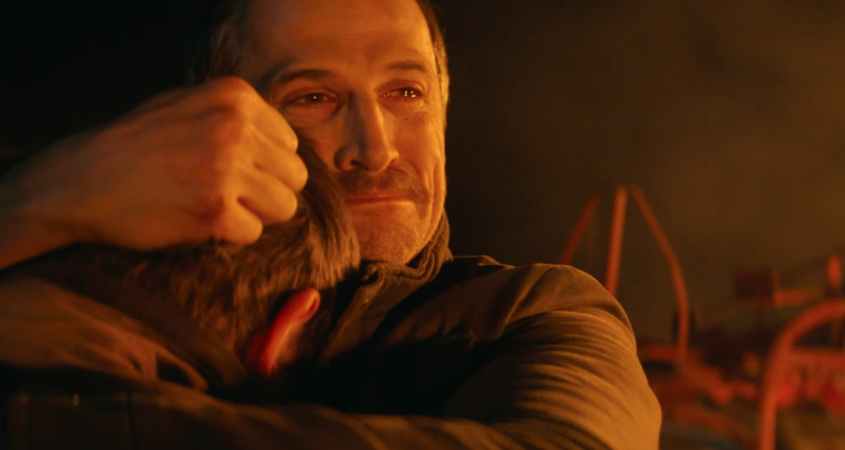 Guillaume Canet (Sink or Swim) stars as Pierre, a cocksure farmer unwilling to heed advice from his farming father, Jacques (Rufus), or his accountant and wife, Claire (Veerle Baetens), on how to safely pull the family farm out of debt. Pierre chooses instead to invest in further farm activities. The additional borrowing places him under additional purchasing obligations and leaves the farm and his health vulnerable. When disaster strikes, he loses all hope, self-medicates, derelicts his work, and emotionally abandons his wife and two children until his wife calls in the medical cavalry.

The film’s director, Edouard Bergeon, leaves the film’s central theme — along with some cause-and-effect relationships — unclear until the credits roll. What maintains the story’s realism even so is its execution. The acting, including that by the two children of the family, thirteen-year-old Emma (Yona Kervern) and her older brother, Thomas (Anthony Bajon), is excellent, and the characters are well rounded: Thomas, for instance, demonstrates his enthusiasm through his competence in the farm’s operations though he’s also a modern teenager with a social life; Emma’s affectionate nature simply shines; and Pierre’s father, Jacques, reveals through facial expression his genuine concern for his son though he is always at odds with him.

In the Name of the Land is worth a look; it has done well at festivals and has wowed French audiences. This may arise in part from French appreciation of the enormous pressures that Big Ag places on farming smallholdings. The film’s imaginative cinematography helps show the enormity of a farmer’s commitment — as well as the enormity of the loss that nature or happenstance can wreak.