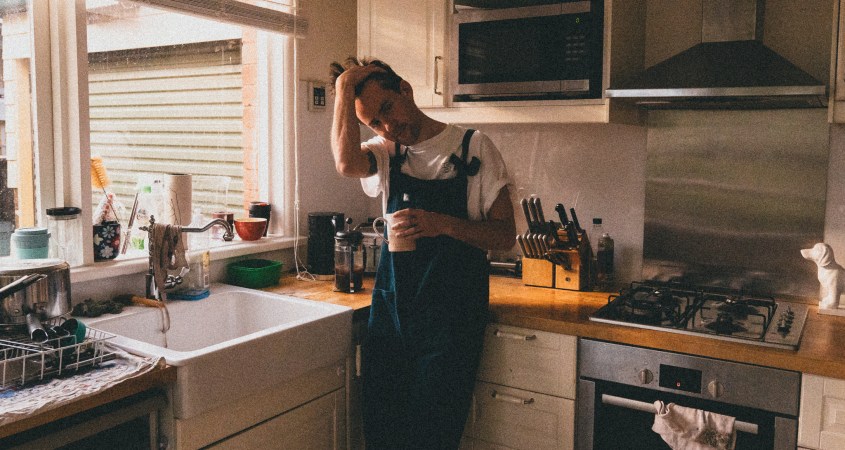 Delayed Maintenance is the sophomore release for Gavin Styles, aka Drive Safe, who moved to Canberra from Melbourne at the start of this year. The new track utilises a period of reflection experienced by the artist during lockdown in response to having moved to a new city and being away from life-long friends.

The song is a spirited and quite muscular show of musical resilience. Sporting a dual guitar attack, a crunchy muted line backdropping a single clean-stringed thematic swirl over the top, the track burrows into steady and pacey ground and never lets up.

‘I don’t care about me, but I care about you’, Gavin intones, with a firm but vulnerable sounding articulation, taking hold of the melodic surges with unabashed vigour and a brazen kind of open-heartedness. There is a steely, pinwheeling velocity that magnifies the urgency of the lyric, with its crowning asseveration, ‘and I don’t have to stay if you don’t have to stay’ partnered to an arrangement of notes that don’t leave one’s brain in a hurry.

This segment of the track is its recurring peak, one that is not enervated by its brevity but in fact, emboldened. There is a sense of attentive defiance which draws its stamina from this, as the tune barrels along to its showdown.

The communal riff wedged between the verses and the chorus assumes a bonding purpose but it also imbues the instrumentation and subsequently the mood of the song with an almost exalted glow, as rousing as any timeless piece of fervent rock can muster. One does sense the magnitude of Gavin’s purificatory energy, a simmering unsettledness that falls off the diaphanous sparks in his voice, spills from the rolling irascibility of the performances.

There is a clash between the raw and the not-so, the aptly delivered intensity, but that’s what makes Delayed Maintenance worth a listen.