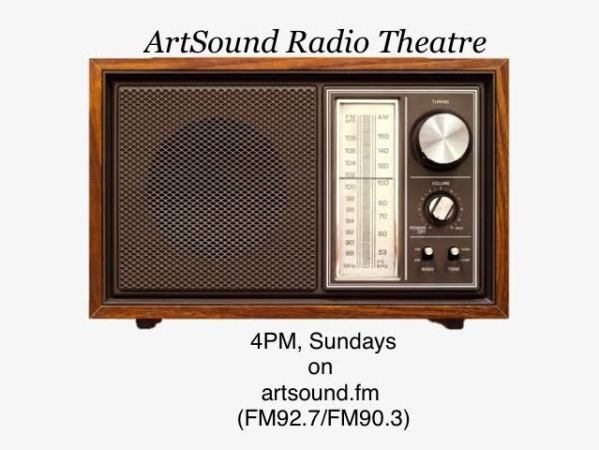 Each 30-minute episode of the series, heard Sundays at 4pm, features one or two short plays, most of them newly written by contemporary playwrights of the Canberra region or sourced from the ArtSound archives.

The hosts of the program are Bill Stephens, a longtime booster of the performing arts in the ACT region, and prolific local playwright Bart Meehan.

“With so much outstanding theatre on Canberra stages it makes sense that there’d be plenty that works for radio, too,” Stephens said. “And with this series we’re aiming to provide exposure for local playwrights and actors as well as stimulating listening on ArtSound.”

He added: “Bart and I think that with the disruptions caused by COVID-19, writers and actors have been forced to explore alternative outlets for their talents, so the time is ripe for a renewal of radio theatre, and we are already receiving inquiries from actors and writers interested in participating in the project.”

ArtSound’s project is in keeping with a revival of radio drama in many locations around the world — via the BBC, several theatres in Seattle, and more.

The majority of the plays in the inaugural series are performed by experienced local actors and recorded at the ArtSound studios at the Manuka Arts Centre; some are from ArtSound archives; and a few feature performances by significant international performers or out-of-copyright plays by significant international playwrights, performed by local actors.

The program episodes also include introductory narration by Bill Stephens (who produced five of the programs) or Bart Meehan (who produced six of them) along with interviews with playwrights and actors on their works and theatrical craft.

Stephens and Meehan are keen to develop ArtSound Radio Theatre beyond the initial 11 episodes (scheduled to run between now and February 7), and are interested in hearing from local playwrights and actors who would like to be involved.

Details of the first 11 episodes are below. Interviews can be arranged with Bart Meehan or Bill Stephens by contacting the ArtSound office at admin@artsound.fm or calling 6295 7444.

Please also note: ArtSound Radio Theatre shares the 4-5pm Sunday slot with another half-hour program, A Night at the Theatre, about the history of Melbourne’s grand live theatres. The series was produced by Golden Age Radio, Melbourne’s Premier Seniors’ Broadcaster, for the Victorian Seniors Festival’s series titled In The Groove: Radio Reimagined in 2020.

Also heard on ArtSound FM are two other programs that Bill Stephens produced and presents: In The Foyer, Mondays and Wednesdays at 3:30pm, in which Stephens interviews theatre makers engaged in the performing arts in Canberra and beyond, and Red Velvet & Wild Boronia (Tuesdays at 3:30pm), featuring recordings of performances showcasing the talents of many of Australia’s most accomplished music and cabaret artists, recorded by Artsound between 1986 and 2000 in The School of Arts Café, in Queanbeyan, which was operated by Bill Stephens together with his wife Pat and his son, Tim.

6 December 2020: The Boy Who Came with the Frame by John Lombard (plus interview), cast: Joanna Richards.