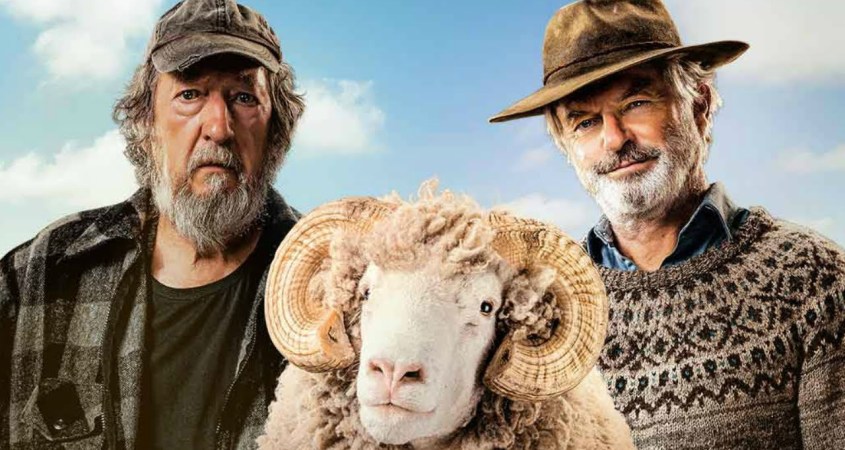 The annual sheep show is on in remote Mount Barker, WA, and, as usual, estranged brothers Colin (Sam Neill) and Les (Michael Caton) are vying for the prize for best ram in the valley. Again as usual, one of them wins, but the celebrations are short-lived when the winning ram is diagnosed with a lethal infectious disease, putting all the valley’s sheep under threat. The man from the department responsible for the management of infectious diseases in livestock enters the scene with the department’s only solution — destruction of every sheep in the valley.

As different as Colin and Les are from one another, so are their responses to the catastrophic threat to their family’s precious sheep bloodline. Salvation might just be possible if the brothers banded together — but what are the chances of that, after 40 years of not even speaking to each other?

Based on Grímur Hákonarson’s 2015 Icelandic film of the same name, this Australian reimagining has an entirely different flavour from the grimmer original. Its elements of drama are seamlessly offset by typically Aussie humour, in which we laugh at our situations as much as at ourselves and our fellows.

Neill and Caton, as Colin and Les, give such compellingly believable performances that if you didn’t know otherwise you would swear they’d lived all their lives farming sheep on the land of their birth and been at odds for four decades.

With settings that ring true, emotionally genuine performances, and magnificent cinematography of the sweeping vistas of a harsh but magnificent land, Rams lifts the spirits and reminds us that we all have power in our lives, if only we have conviction and nerve — and perhaps a heathy disregard for authority.

If you can possibly help it, don’t miss this film!