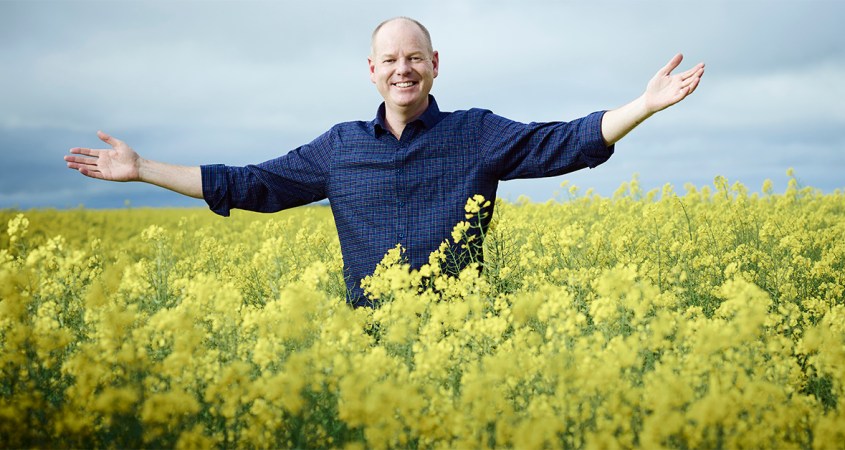 “THE LIGHTEN UP TOUR IS BACK ON!” gleefully shouts Tom Gleeson, happy as anyone to be dusting off the comedy jacket and taking to the stage once more.

The Hard Quiz host, Gold Logie winner, perennial stand-up circuit fave and winner of Best Comedy Show at the Adelaide Fringe 2020, Gleeson has a lot to be proud of.

But the man remains typically demure of his success.

“The last show I did was in March at Adelaide where I won the Fringe Award for best comedy show,” he says. “I was really looking forward to rubbing everyone’s nose in it but instead I had to make do with gloating to my family during lockdown. It wasn’t the same.”

Thanks to the tentative easing of Covid restrictions, Gleeson is taking to the Canberra Theatre stage on 21 November where he can finally rub people’s noses in it, albeit in an acceptable socially-distanced fashion.

“It’s time for the critically acclaimed tour to recommence! Let’s get together, have a laugh, and put this year behind us.

“I’ve missed you and I can’t wait to catch up.”

For more info and tickets, head to https://canberratheatrecentre.com.au/show/tom-gleeson/