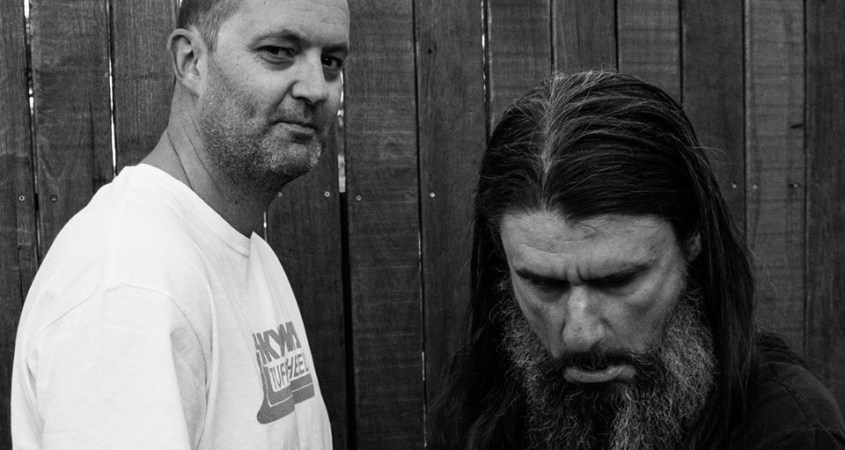 You don’t necessarily have to be a fan of Lucifungus to appreciate this EP (though that does help) but merely an inquisitive connoisseur of the stoner doom slash sludge metal genre in general.

The Canberra band’s new EP comprises of S.F.M, a cover which was originally performed by early ’90s doomsters Slug and three versions of Lucifungus’ track Transpyramid from their album Derek released earlier in the year.

The EP’s opener is a multi-textured track; varying tempos, converging dynamics, bi-polar guitar fire and all these attributes imbued with the expected degree of unrelenting, apocalyptic sub-harmonic and pharaonic might.

About half-way through S.F.M, the track seems to unspool into a heaving, cyst of desolation, a devolving which is soon fittingly crowned with what is akin to a demented gothic choir, their paroxysms reaching into the depths of the abyss. And we can thank the wonders of glorious mind-altering distortion for a lot of this.

The remaining three tracks, of course, operate within the same interzone as S.F.M, with the delineating aspects being alternate and additional vocal and guitar performances: track two, version one, includes bonus vocals by members of Dr Colossus; track three includes added vocals and guitar by Blackie from Hard-Ons and Nunchukka Superfly; and version four has vocals by Hiroyuki from Japan’s Sithter and Church of Misery, and guitar solos by Craig Westwood from Christbait, Dern Ruttlidge and The Ruiner.

Although the vocals are not the centrepieces here, the various hues and ornamental differences in the guests’ cadences can still be glimpsed. For example track three, where the performance is injected with considerable malice and manic veracity when pitted against track two, which evokes a rather more restrained attack though an effective attack nonetheless.

The Transpyramid Project is aptly titled and should go a long way to appeasing Lucifungus’ legion of doom metal disciples.