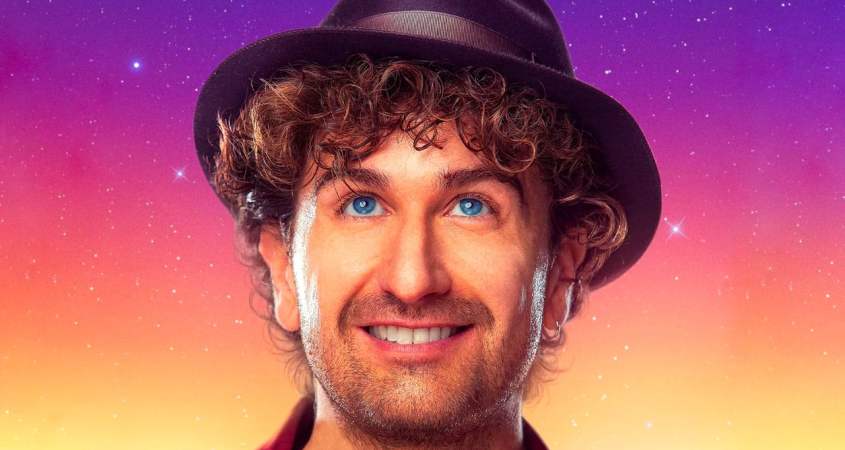 When Arturo Meraviglia (Alessandro Siani, who also directed) is a little boy, his father, Cosimo (Enrico Ianniello), demonstrates a gift for bringing joy to his audiences as impresario of his theatre of marvels.

Thirty years later, Arturo, having inherited his father’s theatre but not his acumen, is on the verge of financial ruin when he receives a very special inheritance. Overjoyed at the expectation that his extremely rich distant uncle has bequeathed him sufficient riches to save his theatre, he finds instead that he has inherited the uncle’s young adoptive grandchildren, Rebecca (Sara Ciocca) and Gioele (Leone Riva).  Though completely out of his depth, Arturo takes them in, turning for help to an assortment of hapless friends, who become the children’s loving uncles.

Realising that Arturo is a good man, the children let him in on their secret — Gioele’s special gift — which is key to solving his financial dilemma. Gioele’s abilities become well-known and attract the interest of scientists working at an institute for brain research.

Flavia (Stefania Spaminato), a scientist at the institute, is sent to bring back Gioele for study. After meeting Arturo, Flavia realises that convincing him to surrender Gioele into the care of the institute isn’t going to be as straightforward as imagined because Arturo is unlike anyone she’s ever met. The process of removing Goele to the institute will take time and delicacy. Meanwhile, the power brokers at the institute grow impatient, and wheels are set in motion to speed up the child’s acquisition.

The Most Beautiful Day in The World is an enthralling delight from the first moment to the last. Perfectly cast such that we rapidly love and care for the good guys and just as rapidly hate the bad ones, we are swept from magical high to saddening low until, ultimately, we come to a joyous resolution.

If there’s such a thing as magic, it’s in this film, a magical escape for everyone young or young at heart.