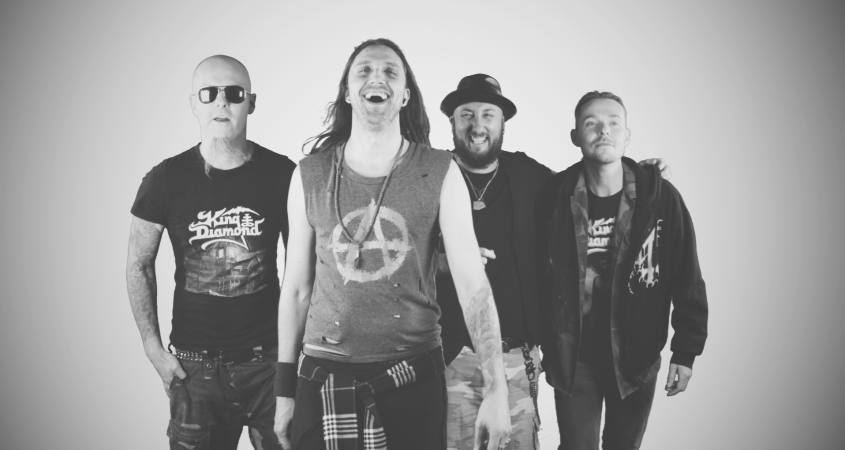 Melbourne based hard rock band Shotgun Mistress has returned with the follow-up to their recent track Glorious Machine. Collide is another preview of the band’s forthcoming debut album due out soon and features a flotilla of the same characteristics of their previous singles, including Save Me From Myself, which went to No1. on the iTunes Australian Rock Charts and made the Top 40 chart.

The new track begins with a blazing guitar riff, soon augmented by a series of rhythm section thumps that herald the introduction of vocalist Glenn Patrick’s vehemently energetic cadences and his out-of-the-gates confession that sets the mood of the track thereafter: ‘Save me, I’m killing I sabotage my life worth living / Hands were bound until you came around’.

From this point on the song thrusts forward, this combination of serrated guitar chopping, melodic weaving and a blinkered pulse continuing to the final reaffirming six-string distorted ostinato.

However, there are a few surprises here, as heard in the second verse, where eschewing the expected treatment and merely repeating the elements of the first, the song is driven to another point, with Glenn’s low register menacingly absolving the band of predictability and helping it drift a little off course.

Which is a good thing.

The tendency to want to meet all the expected tropes of this genre must be difficult terrain to navigate, so toying with it a little here and there reveals the band’s admirable efforts at reshaping this adopted style to suit their purpose. There is a marked uniformity occurring here with Shotgun Mistress’ releases and again, this is a trait that a heavy rock devotee no doubt expects.

Formulaic it might be but so are a great many classic hard rock bands; did someone say AC/DC? Shotgun Mistress are gritty and perhaps cleverly brash but they differ from the aforementioned Australian rock lords in their spirit, they are less street perhaps because of their refinement and artistic choices but they pack an equal sort of unrelenting punch (though, of course, they differ in many other ways too).

Collide will please the multitude of metal music mavens out there, satisfying their need for new, clean, clear and punctilious hard rock.