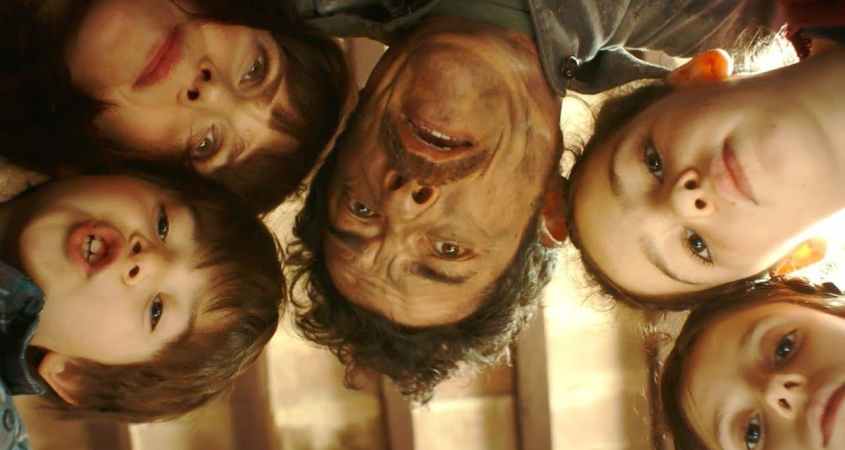 When Davide (Alessandro Gassman — Transporter 2; Messy Christmas) and Katia (Isabella Ragonese — The First Assignment; It’s All About Karma), after having two girls and a boy, discover that their newborn boy, Gio (talented newcomer Lorenzo Sisto), has Down syndrome, they encourage his brother, Jack (Francesco Gheghi), to think of him as special, as living almost in another world — which Jack easily interprets as Gio’s having superpowers.

Realising, by the end of primary school, that he has been living under an illusion, Jack craves a freedom that attending high school some distance from home would offer, and his decision is clinched when he meets a girl, Arianna (newcomer Arianna Becheroni), there and persuades his best friend, Vitto (Roberto Nocchi — a regular in long-established Italian TV series “Anything Could Happen”), to attend with him.

But when Jack chooses to keep Gio’s existence secret from Arianna, he sets off a cascade of deceptions that complicate his life, steadily lose him Vitto’s respect, and naturally unravel before too long.

Albeit essentially comic, My Brother Chases Dinosaurs is also much more. Every so often a film comes along that succeeds in piquing our awareness of a variety of opportunities that we can either withdraw from or embrace, either diminishing or expanding our own horizons and others’ worlds: opportunities to express our hearts, to free others to express theirs, to challenge prejudice and authoritarianism, to affirm others’ worth regardless of our differences; opportunities favouring the enrichment of connection through generosity and courage. This is one of those gems, helping us understand and grow through entering into a world of well-crafted fiction. Beautifully acted for first-time feature-film director Stefano Cipani, My Brother Chases Dinosaurs shows us without sermon the potential in our differences for unfolding wonder, mystery, and delight.