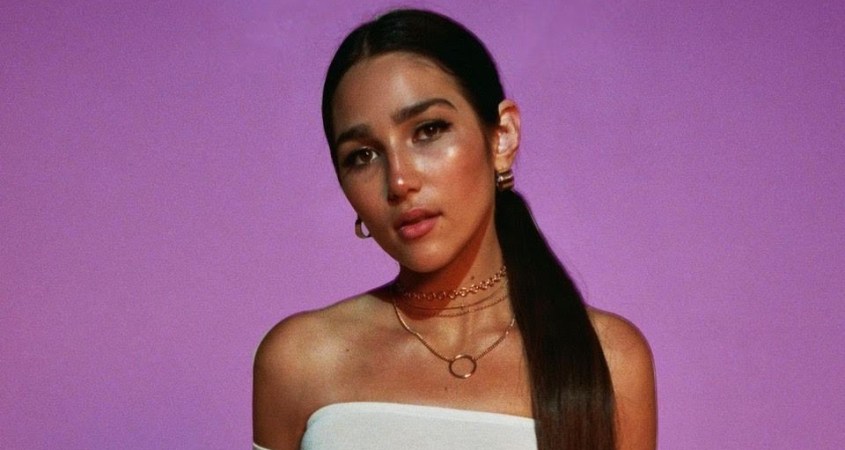 This is not the first release for Iris, and it shows. The New Zealand music artist’s previous releases include Don’t Wait Up, Painted Love, Frozen Hearts, Foresight and Dangerous, and have all steadily helped enhance the vocalist’s profile and social presence.

The new track is taken from her debut album which has also just been released. Perhaps the most persuasive element of Lay With You, aside from an assured and determined kind of vocal, is the blend of a sense of wounded sultriness with a restrained dance aesthetic.

Sure, many of the tropes have been overused; the reliance on technology to morph the vocal into a shiny perfectionism, the brash background chants, the half-exotic sounding ambient textural glaze, but there is enough of the less is more precept here to transform it into a palatable record.

Again, this could be seen as a characteristic that is used too frequently also, but with Lay With You the quasi intimacy generated is aided by these spaces, whether it’s the spare drum machine accompaniment or the skeletal keyboard/synth parts. Ultimately, they provide a satisfying minimalist scaffolding for what is undoubtedly the overriding layer of sugar here and that’s Iris coy but in command vocal style.

The lyric is as direct as it needs to be when focused on one sole aim and there is a convivial symbiosis between the melodic passages and the chosen vocabulary. It all fits. There is a nod to some of the essentials of house music here which is perhaps another relieving characteristic as it refreshingly imbues the track with what is now considered a retro element.

One can imagine hearing a muffled version of Lay With You as one walks by a city or suburban club at three am, the sparkling cadences suddenly discernible as the front door opens to let patrons in or let others out, the blue-tinged expectancy of the track tempting one to walk inside.