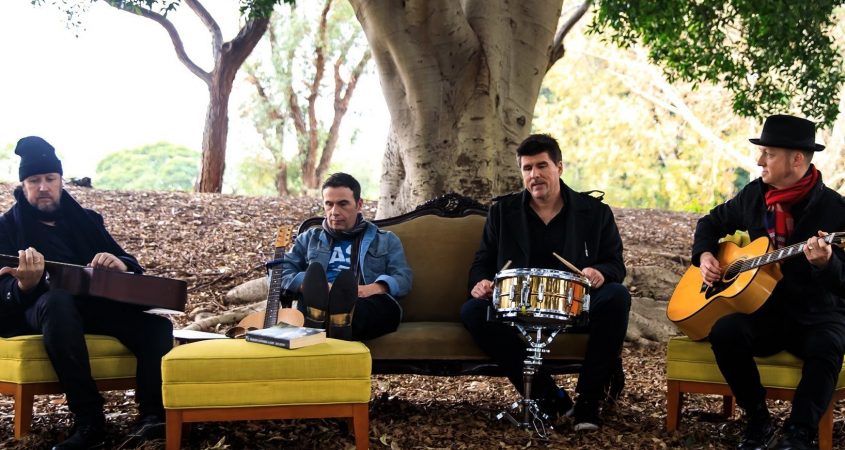 Sydney-based indie folk-rock band Josh Orange already has several albums under their belt including Songs for the Journey, Big Day Tomorrow and Eyes Wide Open, and have won a rock category prize in 2015’s The Great American Song Contest.

Their new track I Will Follow You comes after Little Miss America, a song that received quite a bit of attention across streaming platforms and stayed in the top 10 Amrap Metro charts for seven weeks through June, July and August 2020.

Their latest is an ageless sounding folk-rock song that blends effective melodies, an evocative lead vocal performance and an autobiographical lyric to examine that very magical and murky genre of family and the offshoot sub-genres of responsibility and self-identity.

The new track is another preview of what one can expect from their forthcoming album Midnight Lights. The band whose members are Gordon Burke (vocals/acoustic/keys), Andrew Wass (guitars/vocals), Blaine Munnings (bass guitar), Alex Miller (drums) and Shane McLaughlin (guitars) is from Glebe in Sydney’s west and I Will Follow You just might be the one that expands the band’s fan base and enhances their national profile.

The song is both a tribute and a testament to family ties but it is also an exploration of how those ties impact on an individual. As Irish singer/songwriter of the band Gordon Burke explains:

“The song captures the family cycle from a father to his son, from generation to generation, and the tough decisions that can face a farmer in deciding what’s best for his children.

“There are also the family emotions around who stays and who goes as part of the cycle of farming in any country. The song is about farming and the way its traditions impacts families anywhere in the world.”

I Will Follow You has all the trademark sonics of the folk-rock category working in tandem wonderfully and convincingly, with those strains of authenticity not too difficult to decipher.

And this is where the record’s potency emanates from, one that feels as enlightening for the listener as it no doubt feels empowering for the storytellers.