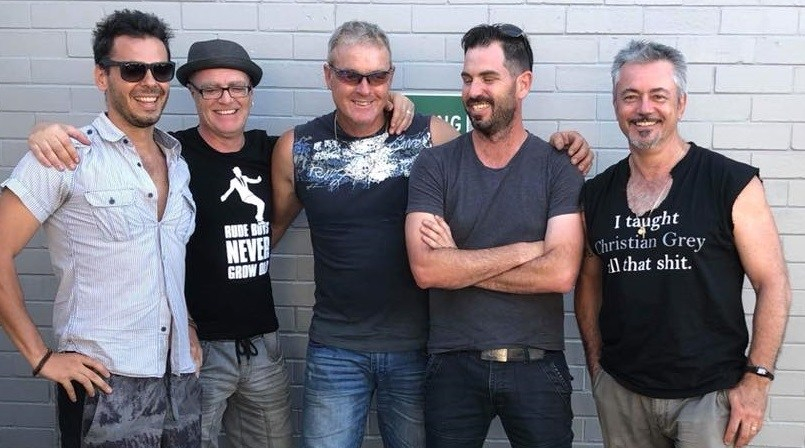 Perth-based act Jamaica Scream has just released See It In My Eyes, the follow-up to their recent release Mad For You. This track mines similar classic rock territory as Mad For You but with a little more unapologetic use of retro sensibilities.

This is apparent from the onset: a blazing sax part wrestles with some sturdy muted guitar chugging, conjuring strange time-travelling vistas one might see in some late ’70s early ’80s film, a club scene where the patrons are swinging and swaying, literally atop a bar with the barman only too happy to continually pour shots.

When Dom Muscadere’s voice enters the fray this changes somewhat, but the scene is nonetheless set. A contemporary record which sounds like it has arrived from another time can be a very curious document, and See It In My Eyes does an acceptable job of straddling the line between this curiosity and any sort of indifference to it.

How will a record like this float above the pack? Perhaps there’s a clue in the lyric.

At a glance it seems Jamaica Scream is about to revisit a timeless arena of inspiration too, that of love and all its discontents (or not, the title could go no further than its vague instruction) but on closer inspection, it seems there is a contextual twist to this title. ‘We listen to the music but we don’t always hear what it says’, Muscadere declares. You can’t argue with that.

What this piece of music is seeking to articulate is secreted in the not-so-inaccessible crevices of such lines as, ‘Don’t want to feel love, don’t want to talk about it, just want you to see it in my eyes’. It’s quite a spiritual take on things when one drills down. It’s the mere suggestion of intimacy which is explored here, quite a worthy subject matter.

Rock is often (and historically has been so too) concerned with allusion, metaphor, etc., and just like Jamaica Scream’s sonic choices and artistic sensibilities, they have utilised the intriguing perspective of an observer who, it seems, is more interested in the art of coquetry than decisive physical communion. In some cases that can be more engaging.