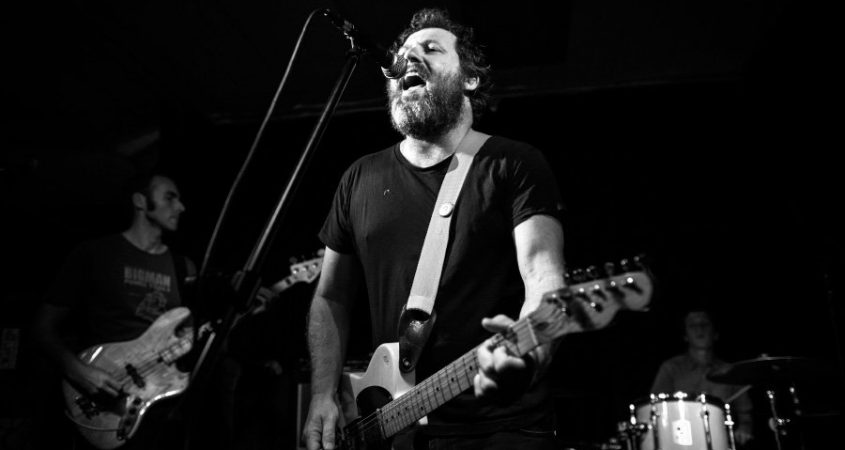 Earnest & Young, the debut album from Canberra’s Vice Like Grip, is a curious and quite satisfying soup of collected ingredients – a lean, lo-fi, piquant assortment of pop that seems to harness influences from several corners of the music stratosphere, and it’s done so convincingly and effectively.

Andy Heaney’s voice is spread over the octave ranges with a casual sense of aplomb and artful sensitivity, segueing from ensnaring vulnerability to airy light angst in an effortless raw display of versatility.

The guitar work, too, is stretched to similar degrees, employing clean textures on one track, such as Not Like This, to jangling chorused layers in another, such as in Escapades, one of three rather meditative instrumentals featured on the album.

Amid the twists and turns of this assortment is a consistent melodic sense, transforming what might have been just another post-grunge indie-pop swathe of tracks to an aggregate that features some fine writing and genuine emotion-distilling songs.

Wordless, one of the stand-out tracks on Earnest & Young, inhibits a kind of otherworldly space, invoking all the drama of a 1950s lovelorn high schooler grieving over his beloved’s rejection while generating all the pent-up surrealism which might feature on a David Lynch soundtrack.

The inclusion of the instrumental tracks might initially appear to have been borne from a need to simply make up the numbers, but in one sense these ethereal snapshots sometimes contain as much ambrosial sway as the other tracks, this heard most starkly on Escapades with its swells and falls of melancholic colour.

One can hear the myriad of influences here – echoes of punk, new wave, Elvis Costello and others, but the blurring of these disparate elements has created quite a unifying whole, of which at its centre lies Heaney’s nuanced writing and performance.

And, of course, Vice Like Grip deserve to be honoured with album title of the year.