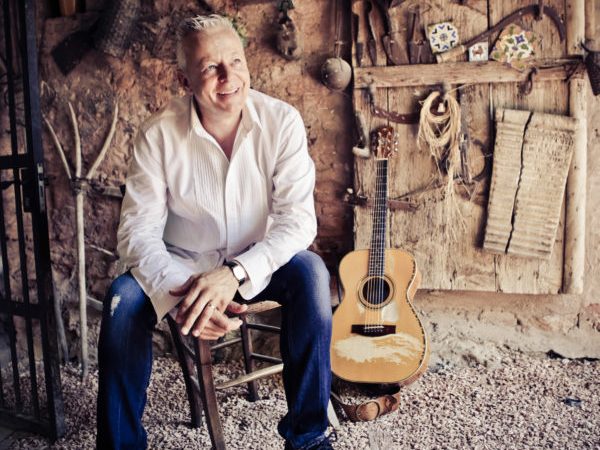 If you don’t know Tommy Emmanuel’s music, you’re missing the exciting output of a maestro recognised as such the world over as well as by his own idol, the late Chet Atkins. Largely instrumental, Emmanuel’s music ranges from soulful to jazzy to brilliantly stirring; but one’s enjoyment of its live performance is very much a function of the very likeable Emmanuel himself.

Although probably the majority of the pieces he played in this concert were of his own composition, Emmanuel played many classics, including numbers by the Beatles, Chet Atkins, and Jerry Reed, giving them his unique interpretation, a reflection of his heart. He sings the odd number as well, another journey for the audience to take with a musician of polish and flair. As Emmanuel plays, he moves instinctively with the music just as you’ll feel yourself doing; he’s almost dancing with it, but this is just part of playing the music using his whole self — undoubtedly underlying his uncanny ability to elicit the sound of a dozen instruments simultaneously on the one guitar. His fingerpicking styles are simply phenomenal: clever, dead accurate, impressively fast, and richly harmonic and varied, and imbuing originals with surprises and old standards with new life. And they’re complemented by his use of the guitar as a drum kit that he played with both hands in highly entertaining and original fashion.

Emmanuel’s engagement with the audience was wholehearted. He spoke of the tour’s original intent, which was to equally feature his brother Phil Emmanuel; and of Phil’s untimely recent death in an asthma attack, following the loss also of their elder sister and of Tommy’s publicist; and he made this sequence of losses not about himself but about how life is for us all.

There were some very special moments, from some of Emmanuel’s most stirring pieces of three decades ago to funny songs and very personal pieces from his most recent album, Accomplice One. Two instrumental pieces in particular — “Rachel’s Lullaby” (appearing on Accomplice One and written to meet his young daughter’s abiding love of Paul McCartney’s “Blackbird”) and (from the 2015 album It’s Never Too Late) “Old Photographs”, which he played as an encore — so perfectly suited their subject matter that one might hear the unwritten words simply fall into some of their unvoiced lines.

And this is the magic of Tommy Emmanuel’s performance: his music will reach into you as the man himself does with his emotional honesty and genuine down-to-earth self-deprecation, which of course appeals to traditional Australian sensibilities and surely has made him many friends everywhere. Add to this his playfulness in irreverently breaking up a song with pieces of other well-known songs and his obvious joy in making music, and you have yourself, almost regardless of your musical preferences, an irresistible concert to mentally replay many times over.

Tommy Emmanuel is touring with Richard Smith, who opened for him and joined him for a final bracket. Though it works perfectly with Emmanuel’s, Smith’s style is all his own, and I’ll be surprised if he doesn’t follow this first Australian tour with many more. His approach to instrumentals brings them to life, and his (sung) rendition of “The Tennessee Waltz” is unforgettable. (Listen well to the song he introduces as the first he ever learned.)  To add to his appeal, although he’s a good showman, he displays, in common with Emmanuel and most other greats, warmth and inclusiveness, and an endearing humility out of keeping with his real talent.