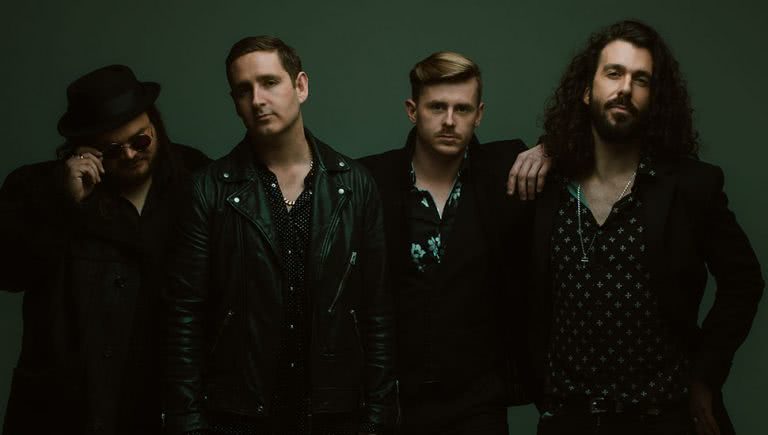 Second LP After Hours, Close to Dawn toned the energy down heaps, with a more soulful, laid back sound. That album nevertheless revealed that their talents ran through even deeper waters. While it shocked a few fans, who loved their harder rock themed tracks, it is a record which you can appreciate more with the passing of time.

And now this third LP, Juveniles, falls somewhere between the two.

The new release comes a big line-up change, with the band now reduced to two members, Fergus Linacre and Alex Laska. However, the decrease in membership has not dented the quality of the band’s product.

Fans of their early work will be reassured by the new album, starting with the lead track which lets you know that the rock is back. You Make It So Easy begins with a crazed patina of sounds before fuzzed guitars crash through with an irresistible thrill.

There is good work up front, with Bittersweet and Ready Steady, but the best songs come mid track list onwards. Album highlight Say You Remember comes with a chugging start, stand out vocals and a killer chorus. It is a top example of how the band shines with complex song structures and showcases Kingswood’s best work with vocal techniques, in a collection in which lead vocal duties are shared.

In an album of mainly romantic themes, gnarly track Snakepit stands out as it relates to a broad range of those life temptations taht promise much but deliver a lot less. The track bursts out with a circling riffage, unreeling enticingly with complex musicality which highlights the duo’s composition skills. The ending cuts down to the core melody in a long, bare bones plucked-guitar outro.

Cigarettes in Bed is another catchy number, with its bright, spacious feel and a strong rhythm which punches through before a power pop chorus. And Marilyn casts a glance back towards the band’s sophomore LP with its super cool cabaret glow.

Juvenile shows that Kingswood’s grasp of wonderful rock melodies has returned with a vengeance in an album of great musicality, with the band showing its love of experimenting with song formats.